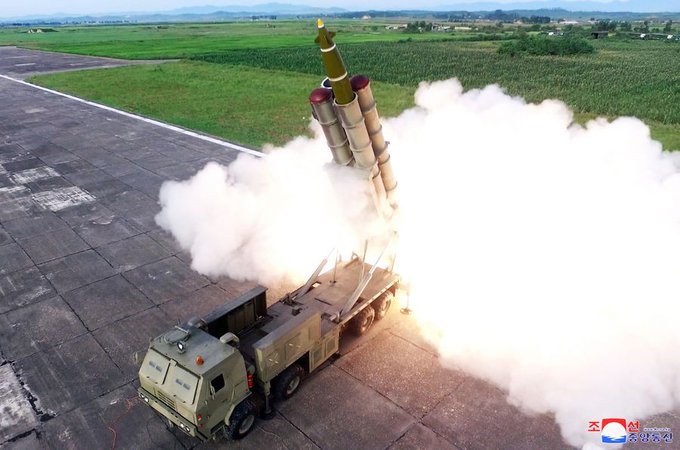 The report said the test was conducted by the Academy of Defence Science to verify the tactical and technological specifications of the launch system once again "to be delivered to units of the Korean People's Army."

The South Korean military said on Sunday that it observed two short-range missiles were fired from DPRK's eastern coastal city of Wonsan, flying 230 km with a maximum altitude of 30 km.

The KCNA said the test-firing was guided by Ri Pyong Chol, member of the Political Bureau and vice-chairman of the Central Committee of the Workers' Party of Korea, as well as other senior officials.

Ri said the operational deployment of the weapon system of super-large multiple rocket launchers was of crucial significance to "realizing a new strategic intention for national defense," according to the report.

The DPRK has conducted a series of weapon tests and artillery firing drills so far this year. However, the earlier weapon tests were all guided personally by the DPRK's top leader Kim Jong Un.