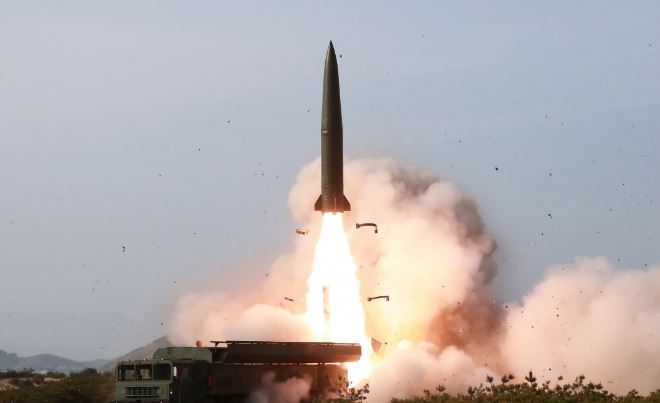 Photo provided by Korean Central News Agency (KCNA) on May 5, 2019 shows the site of a strike drill of defense units of the Democratic People's Republic of Korea (DPRK). (Photo: Xinhua)

The projectiles were fired twice early in the morning from South Hwanghae Province, Yonhap cited the country's Joint Chiefs of Staff (JCS) as saying.

"Our military is monitoring the situation in case of additional launches and maintaining a readiness posture," the JCS said.