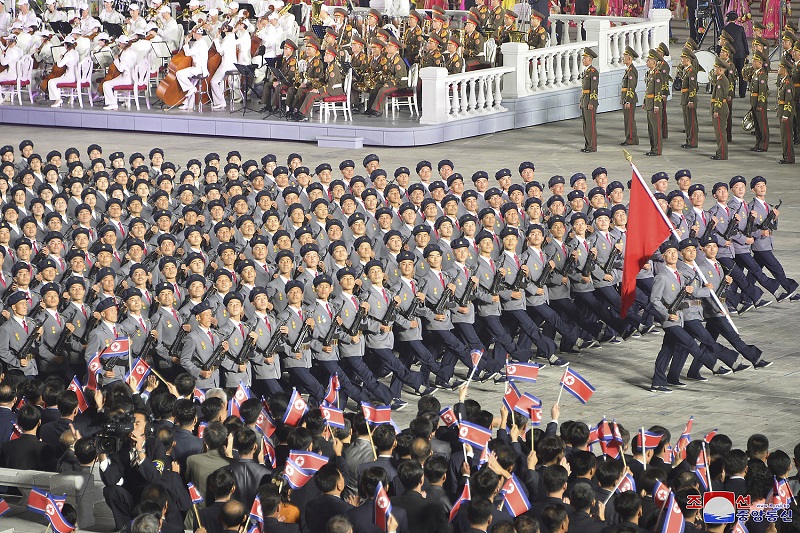 In this photo provided by the North Korean government, North Korean troops parade during a celebration of the nation's 73rd anniversary that was overseen by leader Kim Jong Un, at Kim Il Sung Square in Pyongyang, North Korea, early Thursday, Sept. 9, 2021. (Photo: CFP)

Kim Jong Un, general secretary of the Workers' Party of Korea (WPK) and chairman of the State Affairs Commission of the DPRK, attended the parade with cadres of the party, government and military.

Entering the square first was the column of the Pyongyang City Division of party members, and following them were the columns of the Worker-Peasant Red Guards of the city and other provinces, according to the KCNA.

The Worker-Peasant Red Guards are a civilian defense organization which is composed of around 5.7 million workers and farmers in the country.

There were other columns of different departments, sectors and enterprises marching through the square.

At the end of the event, fireworks shot off and a gala began at the square, the report added.