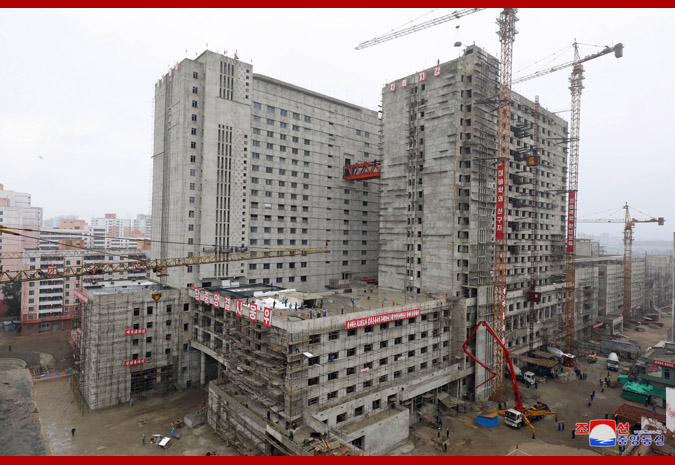 While touring the construction site, Kim highly appreciated the builders' feats and also pointed out the serious problems in the financial arrangements of the construction, the Korean Central News Agency (KCNA) said, without mentioning the date of the visit.

Kim said lots of things have been done so far and the construction has made exceptionally rapid progress despite a difficult situation.

However, "the construction coordination commission is organizing economy in a careless manner with no budget for the construction properly set up," Kim said, severely rebuking the commission for burdening the people by encouraging all kinds of "assistance."

"He instructed the relevant departments of the Party Central Committee to investigate the performance of the construction coordination commission as a whole and replace all the officials responsible and make strict referral of them," the report said.

The Pyongyang General Hospital has been under construction since March and is expected to be completed for the celebration of the 75th anniversary of the Workers' Party of Korea on Oct. 10.

Rodong Sinmun, the party's newspaper, reported late last month that 80 percent of exterior plastering work of the hospital had been completed but much work remains to be done on the exterior of the building and around the site in general.