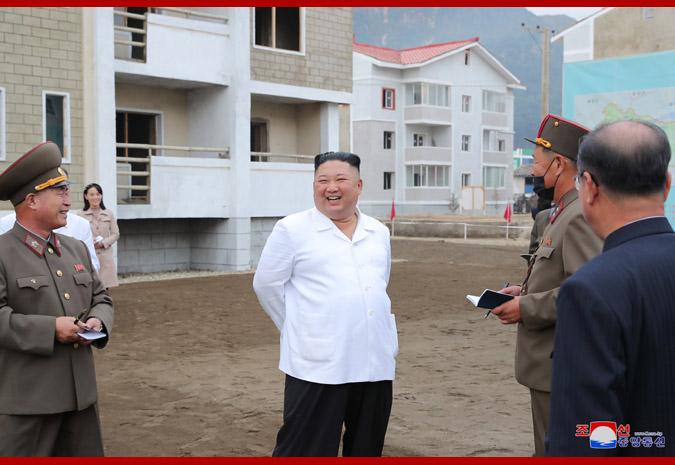 On the reconstruction site, Kim learned in detail about the damage to houses, farm lands, transport system, environment, city management, power field and telecommunications in the area, and about the recovery progress, the report said.

Knowing that 88 percent of the total construction project has been accomplished for nearly 1,000 households, Kim praised the work of the People's Army, the KCNA said.

Kim said he was "greatly impressed by the patriotic deeds and revolutionary fighting stamina of the soldiers" of the People's Army who brought about another miraculous event after the recovery of Kangbuk-ri, Kumchon County, another place afflicted by heavy rains and strong winds, the report added.

This summer has witnessed several severe floods and powerful typhoons across the country, causing great damage to local people and their properties.

Kim has visited several places hit hard by the floods and the typhoons and convened high-level meetings to discuss the recovery work of the damage caused by natural disasters.