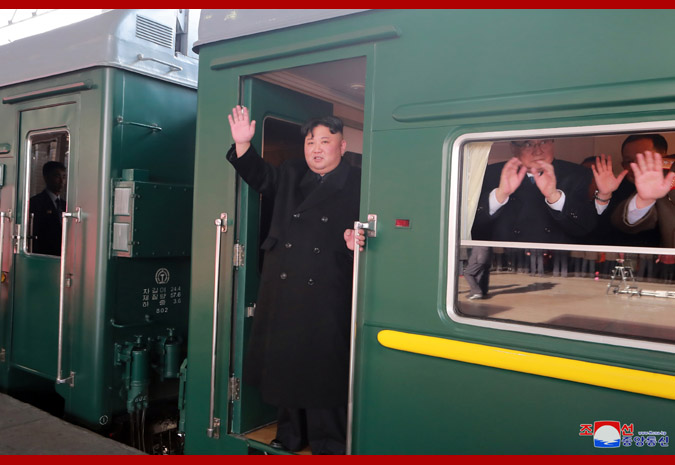 Pyongyang (People's Daily)--The leader of the Democratic People's Republic of Korea (DPRK) Kim Jong Un left Pyongyang on his train on Saturday afternoon for Hanoi of Vietnam, where he will have his second summit with US President Donald Trump on February 27-28, according to the Korean Central News Agency. 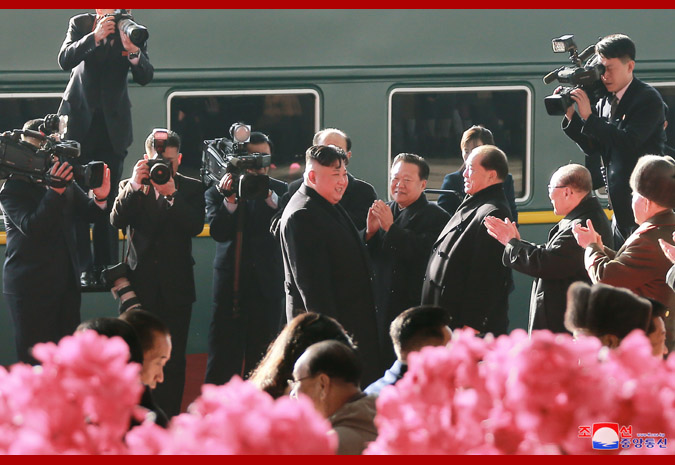 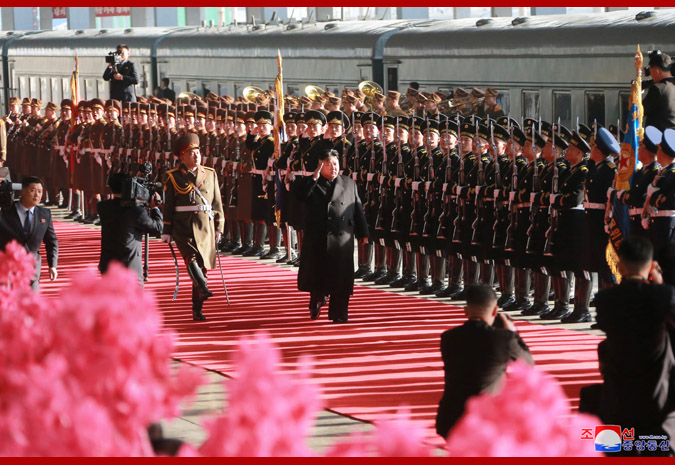 Kim was seen off by Kim Yong Nam, Choe Ryong Hae and Pak Pong Ju, members of the Presidium of the Political Bureau of the Central Committee of the WPK, and other senior officials of the Party, government and armed forces organs. 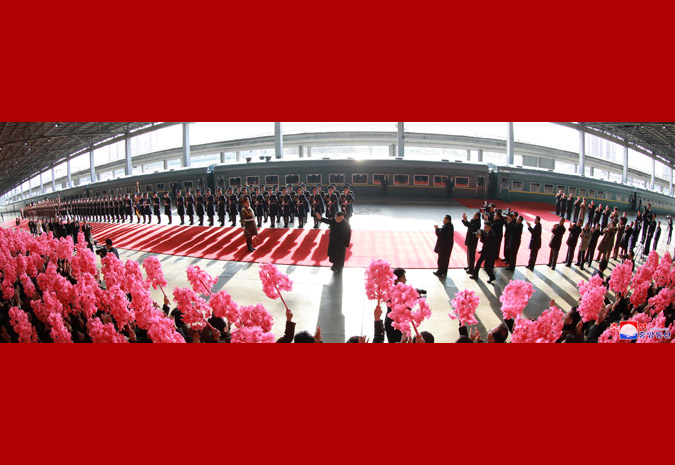 Kim will travel at least two-and-a-half days by train through China. He is expected to arrive in Vietnam on February 25, according to the Xinhua News Agency.

Before meeting with Trump, Kim will pay an official visit to Vietnam at the invitation of Vietnamese President Nguyen Phu Trong, Xinhua reported.