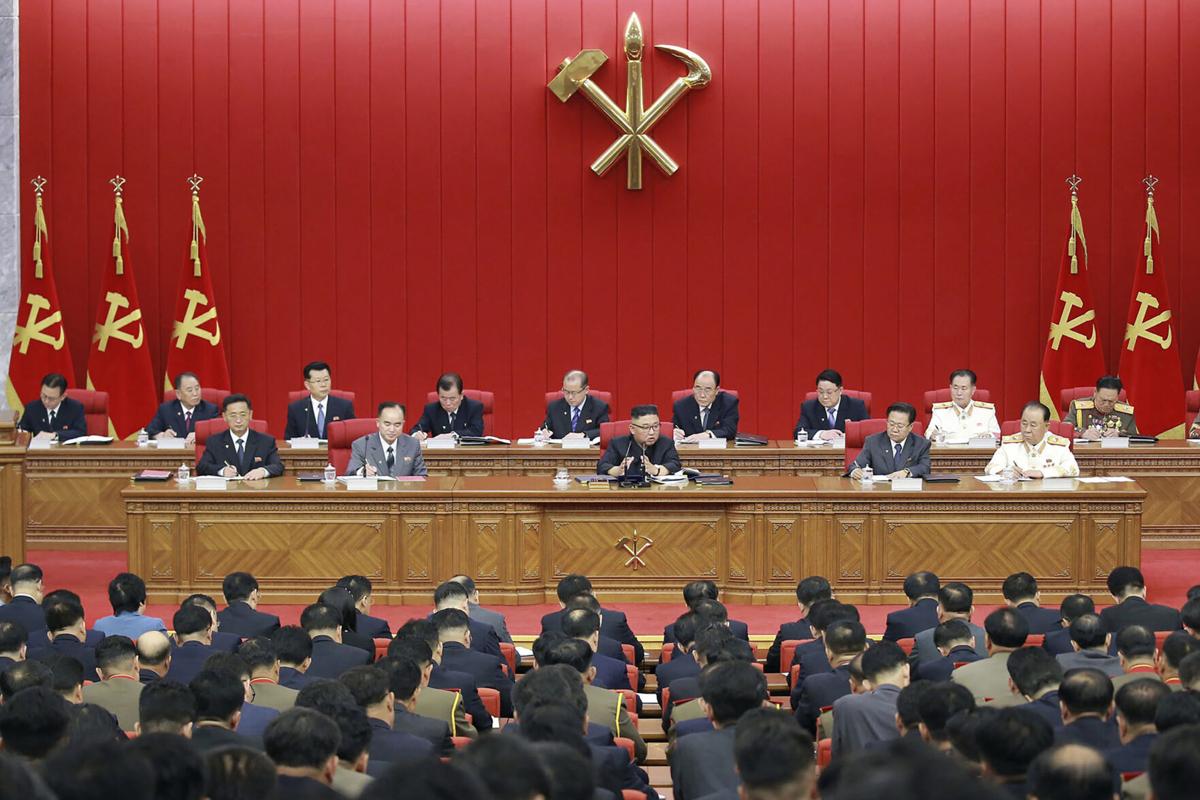 In this photo provided by the DPRK government, its top leader Kim Jong Un, center, speaks during a Workers' Party meeting in Pyongyang, Tuesday, June 15, 2021.

PYONGYANG, June 16 (Xinhua) -- Kim Jong Un, the top leader of the Democratic People's Republic of Korea (DPRK), presided over a party plenary meeting Tuesday to review the execution of major state policies for the first half of this year under current international situation, the official Korean Central News Agency reported Wednesday.

Kim, General Secretary of the Workers' Party of Korea (WPK), said at the third Plenary Meeting of the 8th Central Committee of WPK that he highly appreciated the positive achievements by the party and the state work over the past six months.

He said that the country's economy has shown improvement as a whole by implementing its first half-year plan, as its total industrial output and the amount of goods increased largely from a year ago.

The food situation is getting tense as the agricultural sector failed to fulfill its grain production plan due to the damage by typhoon last year, he said, urging the plenary meeting to take a positive measure for settling the food shortage problem.

The major agenda items of the plenary meeting included the reviewing of the execution of major state policies for the first half of this year, the issue of farming, the anti-pandemic situation, the current international situation and the party's corresponding direction, said the report.

The DPRK said that it has not detected a single case of COVID-19 nationwide as it closed its borders in January last year.