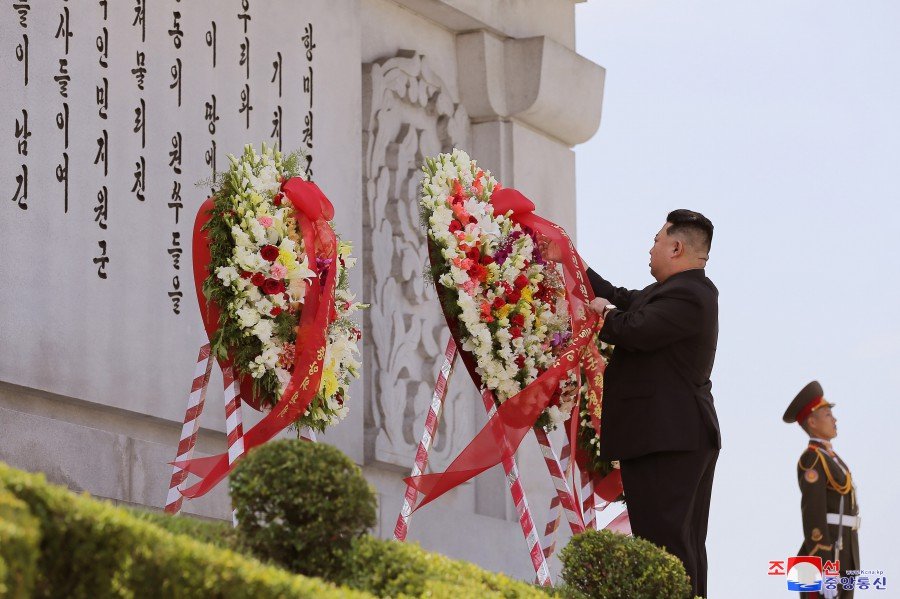 PYONGYANG, July 29 (Xinhua) -- Kim Jong Un, the top leader of the Democratic People's Republic of Korea (DPRK), visited the Friendship Tower Thursday on the occasion of the 69th anniversary of the signing of the Korean Armistice Agreement, which ended the three-year-long Korean War, the official Korean Central News Agency reported on Friday.

A wreath in the name of Kim was laid at the tower. Written on the ribbons of the wreath were the letters "Martyrs of the Chinese People's Volunteers will always be alive," the report said.

Kim paid high tribute to the Chinese martyrs, saying that the combat merits and feats of the officers and men, recorded in the history of the great victory in the Korean War, "would be immortal."

"The DPRK-China friendship, sealed in blood and further cemented in all sorts of trying ordeals of history, would be carried forward and developed generation after generation along with the dynamic advance of the socialist cause," he added, cited by the reports.

The Friendship Tower was built in 1959 in Pyongyang to commemorate the martyrs of the Chinese People's Volunteers who sacrificed their lives during the Korean War, which ended on July 27, 1953.