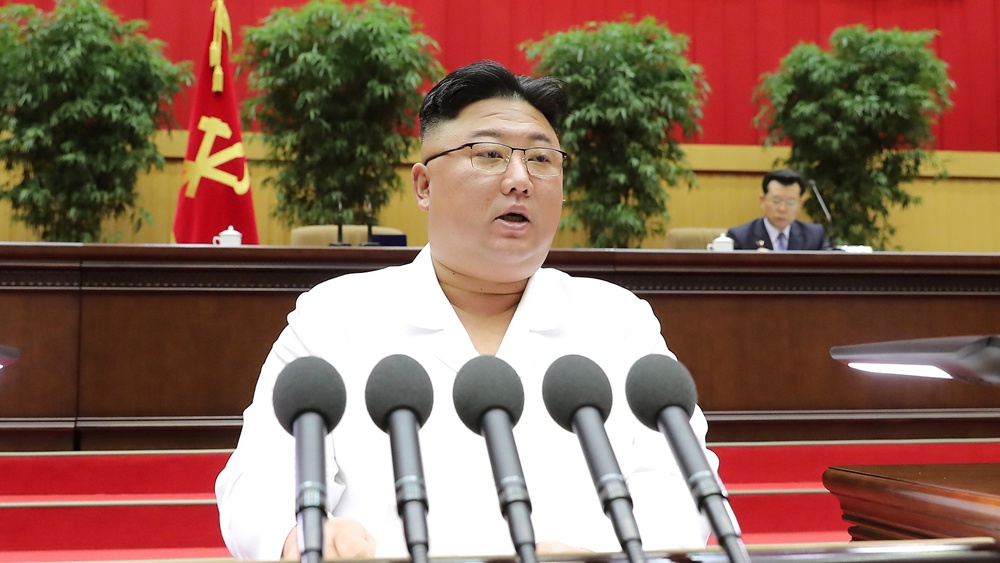 Sunday marks the ninth anniversary since Kim Jong Un became the head of the ruling Workers' Party of Korea (WPK) of the Democratic People's Republic of Korea (DPRK). The party's official newspaper called on the whole nation to "march together vigorously" under Kim's leadership in an editorial.

"We celebrate the ninth anniversary of the election of Comrade Kim Jong Un as the leader of our party and nation," the Rodong Sinmun said, according to a report by Yonhap News Agency.

"The entire nation should march together vigorously under the leadership of the general secretary with great pride deep in their hearts," the paper said.

It stressed that Kim has prioritized the interests of the people and hailed his efforts in containing the coronavirus.

Kim was elected first secretary of the WPK on April 11, 2012, nearly four months after the death of his father and former DPRK leader Kim Jong Il.

Kim Jong Un was appointed as the first chairman of the National Defense Commission at the Supreme People's Assembly session two days later.

He was endorsed as the general secretary of the WPK at the eighth party congress in January.

Amid prolonged stalemate in talks between the DPRK and the United States on denuclearization and sanctions relief, Kim recently called on members of the ruling party to brace themselves for "obstacles and difficulties" ahead and improve the people's well-being.

"I made up my mind to ask the WPK organizations at all levels, including its Central Committee, and the cell secretaries of the entire party to wage another more difficult 'Arduous March' in order to relieve our people of the difficulty," Kim said at a conference of the party's grassroots leaders, the official Korean Central News Agency reported on Friday.