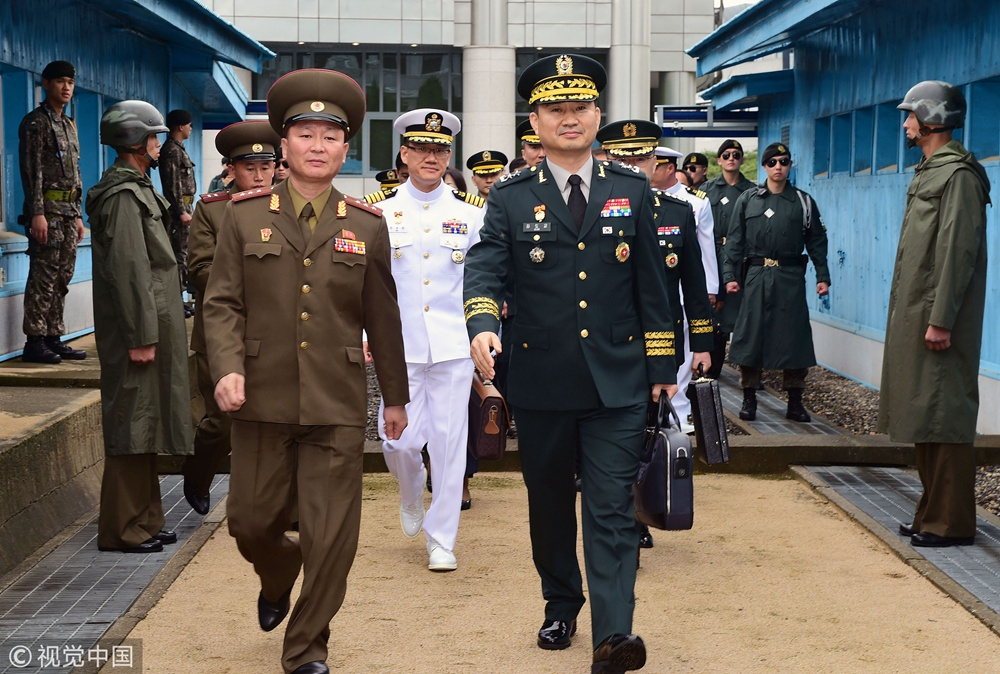 The DPRK and the ROK hold their first general-level military talks in over 10 years at the border village of Panmunjom, June 14, 2018. (Photos: VCG)

The inter-Korean dialogue between general-level military officers, the first of its kind in over 10 years, started at about 10 a.m. local time (0100 GMT) in Tongilgak, a DPRK building inside the Panmunjom that straddles the divided Koreas. The last general-grade military dialogue between the two sides was held in December 2007.

The five-member South Korean delegation was led by Maj. Gen. Kim Do-gyun, a senior-level official of the defense ministry in charge of inter-Korean military affairs.

The DPRK side, composed of five delegates, was headed by Lt. Gen. An Ik San.

The chief South Korean delegate told reporters before heading for Panmunjom that he will discuss with his DPRK counterpart issues on the easing of inter-Korean military tensions and the schedule for inter-Korean talks between defense ministers. 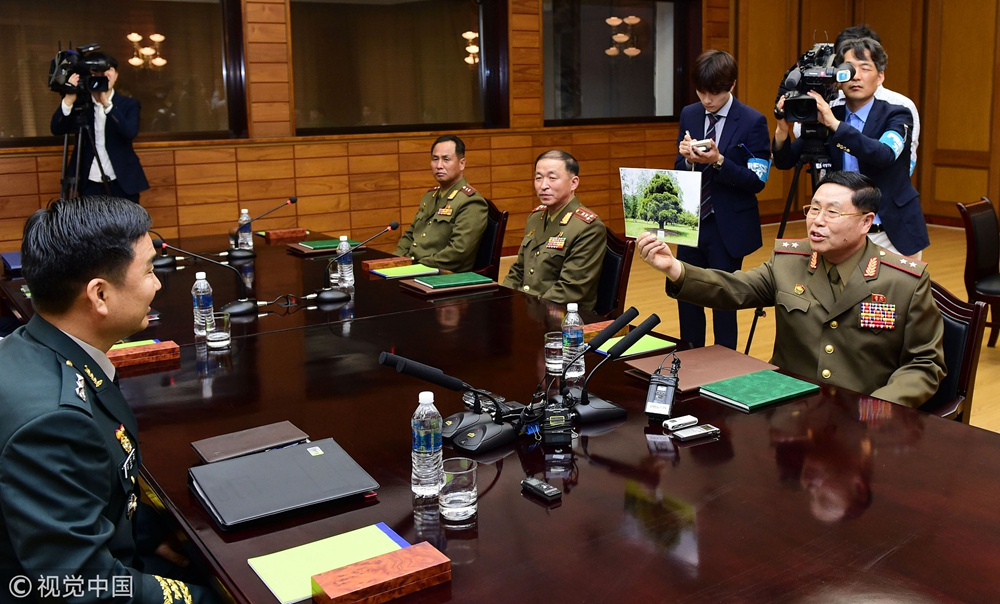 The DPRK and the ROK hold their first general-level military talks in over 10 years at the border village of Panmunjom, June 14, 2018.

Other issues on the dialogue agenda would possibly be the restoration of the inter-Korean military communications channel, the regularly-held military talks between the two sides and the establishment of hotline between defense ministers.