DPRK's Kim arrives in Russia's Vladivostok for meeting with Putin 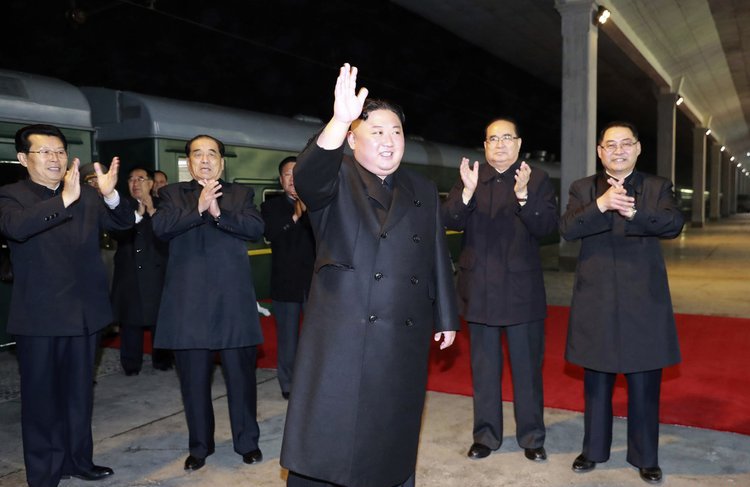 Kim's armored train stopped at the railway station of Vladivostok in Russia's Far East at around 6 p.m. local time (0800 GMT).

He was greeted by Primorsky Territory governor Oleg Kozhemyako, Russian Minister for the Development of the Far East and the Arctic Alexander Kozlov, Russian Deputy Foreign Minister Igor Morgulov, and Russian Ambassador to the DPRK Alexander Matsegora.

In front of the station, Kim was welcomed by a military orchestra that played the famous Soviet song Katyusha, and he also inspected the guard of honor at a brief ceremony before leaving in a limousine.

Upon his arrival, the DPRK top leader told Rossiya-24 TV channel that he will discuss with Putin the situation on the Korean Peninsula and the development of bilateral ties, and he hopes his visit will be successful.

Kim's train stopped at the Khasan railway station at the Russia-DPRK border at 10:30 a.m. local time (0030 GMT) earlier in the day.

"I am glad to be on Russian soil," said Kim, according to a press release of the Primorsky Territory. He said that this will not be his last trip to Russia.

"I heard a lot of good things about your country and dreamed of visiting it for a long time. Seven years have passed since I headed the country, and only now I am able to come to Russia," he said during a short meeting with the Russian delegation at the Khasan station.

Kim added that his father Kim Jong Il had a great love for Russia, and now following in his footsteps, he plans to strengthen cooperation between the two countries.