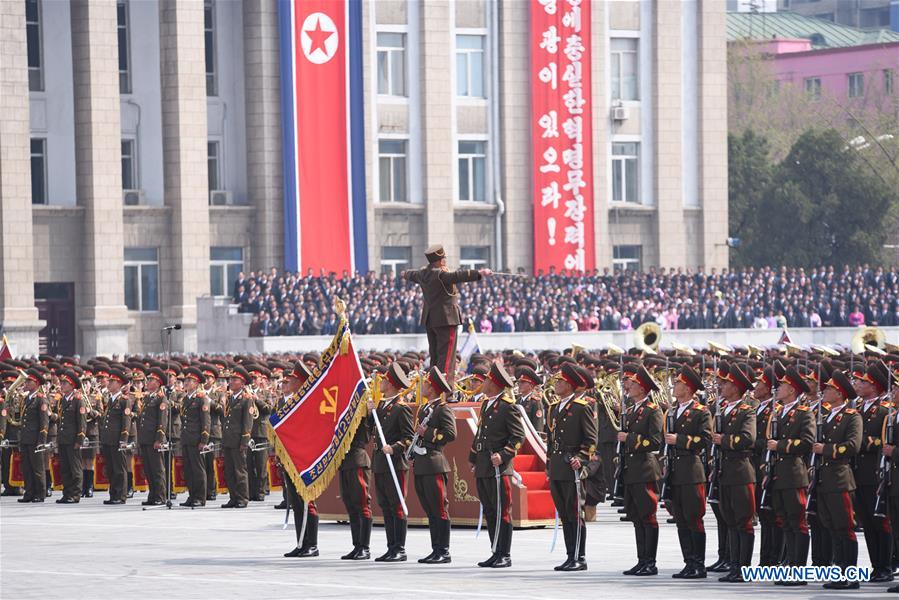 PYONGYANG, May 24 (Xinhua) -- The ruling party of the Democratic People's Republic of Korea (DPRK) has held a military meeting on measures and policies to improve the country's armed forces to defend its sovereignty and stability, the state news agency reported on Sunday.

According to the Korean Central News Agency (KCNA), the fourth enlarged meeting of the Central Military Commission of the Workers' Party of Korea (WPK) set forth "new policies for further increasing the nuclear war deterrence of the country and putting the strategic armed forces on a high alert operation."

The meeting also discussed "crucial measures for considerably increasing the firepower strike ability of the artillery pieces of the Korean People's Army," the KCNA reported.

At the meeting, Kim "put main emphasis on thoroughly realizing the party's monolithic leadership" over the army, and signed seven orders including reorganizing the military commanding system and enhancing the roles of major military educational institutions.

The meeting elected Ri Pyong Chol as vice-chairman of the Central Military Commission, the report said.