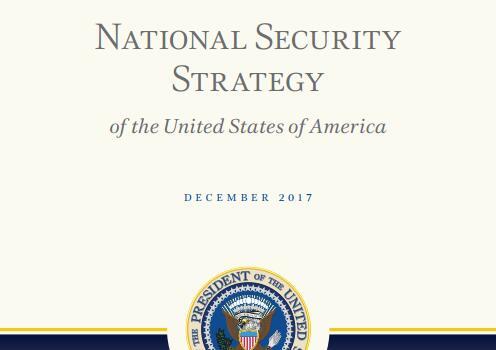 The Democratic People's Republic of Korea (DPRK) accused on Friday the United States of revealing its strategic goal to dominate the world again through a new national security strategy published recently.
A spokesman for the Foreign Ministry of the DPRK said that the national security strategy is "a typical outcome of the Yankee-style arrogance seeking total subordination of the whole world to the interests of the U.S."
U.S. President Donald Trump published Monday his first national security strategy, which regards the DPRK's nuclear and missile programs as serious threats. Trump said all options were on the table when dealing with a DPRK threat.
"It is also a criminal document which clearly reflects the gangster-like nature of Trump who likes to create trouble and fish in troubled waters," said the DPRK spokesman in a statement.
The spokesman said the "America first" policy is nothing but "the proclamation of aggression aimed at holding sway over the world according to its taste and at its own free will."
The spokesman said there is no change in "the strategic goal" of the United States to achieve hegemony over the world by means of force and "the goal to stifle our country and turn the entire Korean peninsula into an outpost for seeking that hegemony."
The spokesman also accused the United States of having gone back on all the agreements reached with the DPRK in the past two decades.
"We held bilateral talks with the U.S. and various forms of multilateral talks ... over the last two decades and during the course we had reached some agreements. However, the previous U.S. administrations threw all the agreements reached with us into a garbage can like waste paper," the spokesman said.