The Democratic People's Republic of Korea (DPRK) said on Sunday it won't even have contact with the Republic of Korea (ROK), let alone dialogue, unless Seoul gives a "plausible excuse" for its ongoing military exercise with the United States, Yonhap reported. 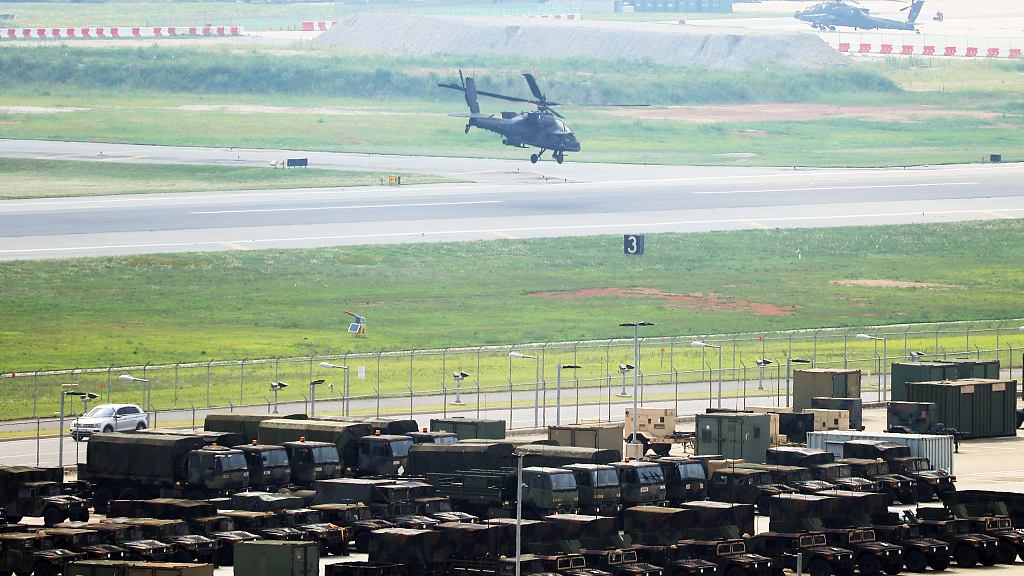 The U.S. and Republic of Korea started a two-week joint-military exercise on August 5, 2019 in the ROK. (Photo: VCG)

The military drills, set to begin in full scale on Sunday, are an "aggressive war exercise against" the DPRK, Kwon Jong Gun, the DPRK Foreign Ministry's director-general of the department of American affairs, said in a statement released by the Korean Central News Agency (KCNA).

KCNA said the test-firing involved a "new weapon" and the analysis of the test-fire result "proved that the new weapon system's advantageous and powerful demand of the design was perfectly met." But it did not give further details on what type of weapon it was.

It added that the new weapon was "developed to suit the terrain condition" and comes with a character "different from the existing weapon systems."

The country's top leader Kim Jong Un watched the firing, "gave an instruction to test it immediately" and "looked round the new weapon at the launching site," it added.

Referring to U.S. President Donald Trump's remarks on Saturday's test, Kwon said: "With regard to our test for developing the conventional weapons, even the U.S. president made a remark which in effect recognizes the self-defensive rights of a sovereign state, saying that it is a small missile test which a lot of countries do."

Kwon also directly criticized Seoul's Defense Minister Jeong Kyeong-doo, warning that continuing to keep Jeong at his post would be "a foolish act of putting out the fire by oil."

Yonhap said the DPRK's sharp criticism of the ROK had added to uncertainties over the prospect of improvements in inter-Korean relations that have made little progress in recent months, with Pyongyang seen trying to sideline Seoul in its nuclear diplomacy.

But on Sunday, Seoul's presidential office, the Blue House, tried to dismiss the concerns.

"It's our shared understanding among the two Koreas and the United States that resuming the stalled denuclearization negotiations continues to be the top priority," an official told Yonhap.

"North Korea (DPRK)'s recent moves appear to have been made in full consideration of the circumstances."

The official added that the latest letter from Kim to Trump should be seen as a positive sign.

"Inter-Korean economic cooperation cannot help but remain limited unless the issue of UN sanctions is resolved, and in that context, the Washington-Pyongyang talks cannot help but become a top agenda item," the official said.