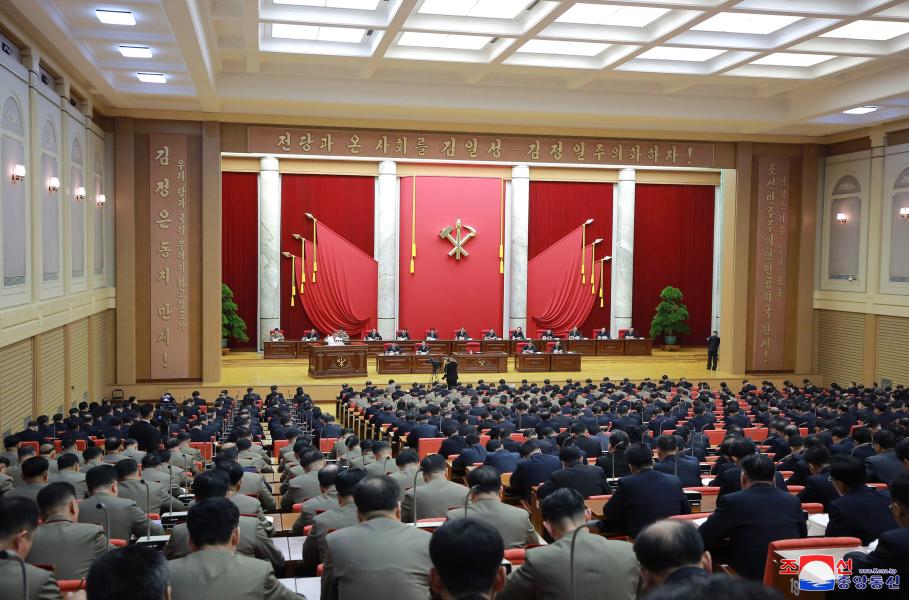 Undated photo handed out by the Korean Central News Agency (KCNA) on Dec. 31, 2019 shows the 5th Plenary Meeting of the 7th Central Committee of the Workers' Party of Korea (WPK) in Pyongyang, the Democratic People's Republic of Korea (DPRK). (File photo: Handout via Xinhua)

The KCNA said the leaders of the country, including top leader Kim Jong Un, gathered at the 22nd meeting of the Political Bureau of the 7th Central Committee of the Workers' Party of Korea (WPK) on Tuesday, where they reviewed lists of delegates who were "elected at the conferences of the Party organizations at all levels" nationwide.

The Political Bureau studied the preparations for the 8th Congress of the WPK and adopted a decision on holding the Congress in early January 2021, the report said, without giving the exact date of the meeting.

The Political Bureau also made in-depth study and discussion on a series of important issues to be referred to the Party Congress and made relevant decisions, it said.

The KCNA reported earlier that the upcoming congress will discuss and endorse a new five-year economic development plan to guide the national economy for the next five year.