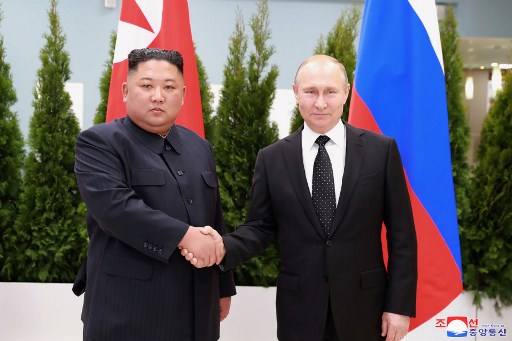 A ceremony of conveying the commemorative medal "The 75th anniversary of the victory in the Great Patriotic War 1941-1945" to Kim took place at the Mansudae Assembly Hall on Tuesday, the KCNA said.

The commemorative medal was conveyed by Russian Ambassador to the DPRK Alexandr Matsegora to DPRK's Foreign Minister Ri Son Gwon, it added.