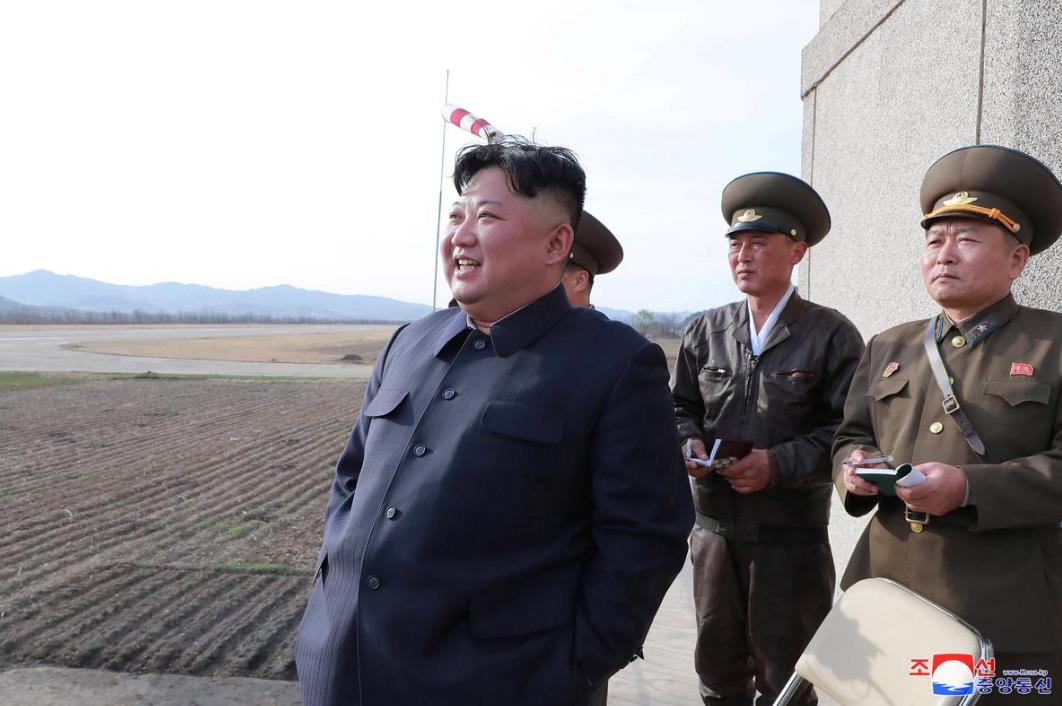 Kim "supervised and guided a test-fire of a new-type tactical guided weapon conducted by the Academy of Defense Science on Wednesday," the KCNA reported.

The design indexes of the weapon, with advantages of "the peculiar mode of guiding flight and the load of a powerful warhead," were "perfectly verified at the test-fire conducted in various modes of firing at different targets," the report said, giving no details of the weapon.

"Tactical" implies a short distance weapon instead of a long-range ballistic missile in military battles.

According to the report, Kim described the development as "an event of very weighty significance in increasing the combat power of the People's Army," saying that the scientists and workers have done a great work in increasing the country's capabilities of national defense.

On Tuesday, Kim guided a flight drill of the Air and Anti-Aircraft Force of DPRK's army, the KCNA reported.