WORLD DPRK urges US to return to negotiation table

DPRK urges US to return to negotiation table

PYONGYANG, Oct. 27 (Xinhua) -- A senior Democratic People's Republic of Korea (DPRK) official on Sunday urged the United States to return to the negotiation table by the end of the year and criticized the hostile U.S. policy towards the DPRK. 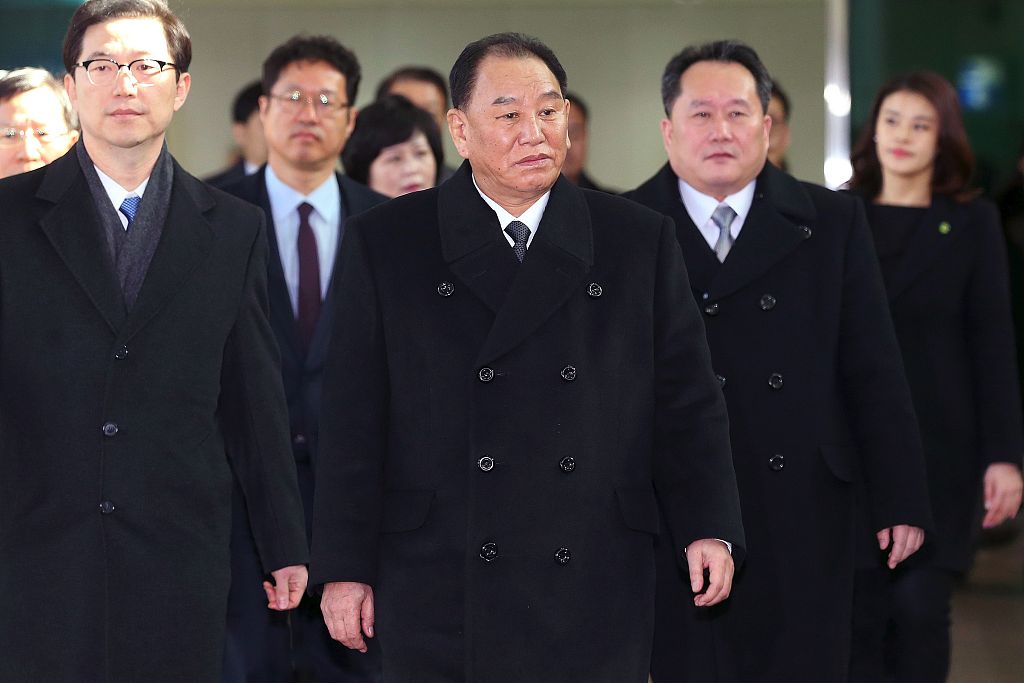 In a statement under the name of Chairman of the Korea Asia-Pacific Peace Committee (KAPPC) Kim Yong Chol, the official Korean Central News Agency (KCNA) said the United States "is now more desperately resorting to the hostile policy towards the DPRK, misjudging the patience and tolerance of the DPRK."

The KAPPC chairman criticized Washington for persistently pressuring other countries to isolate and stifle the DPRK "in a more crafty and vicious way" instead of complying with the DPRK's call for Washington to adopt a new approach.

"The United States is seriously mistaken if it is of the idea of passing off in peace the end of this year, by exploiting the close personal relations between its president Donald Trump and the top DPRK leader Kim Jong Un for the delaying tactics," said Kim.

Kim warned that if there is no substantial progress, U.S.-DPRK relations might deteriorate into a state of belligerency.

Top leader of the DPRK Kim Jong Un has set a year-end deadline for the denuclearization talks of the Korean Peninsula with the United States.

The two countries resumed working-level negotiations in Stockholm in early October but failed to reach any agreement.