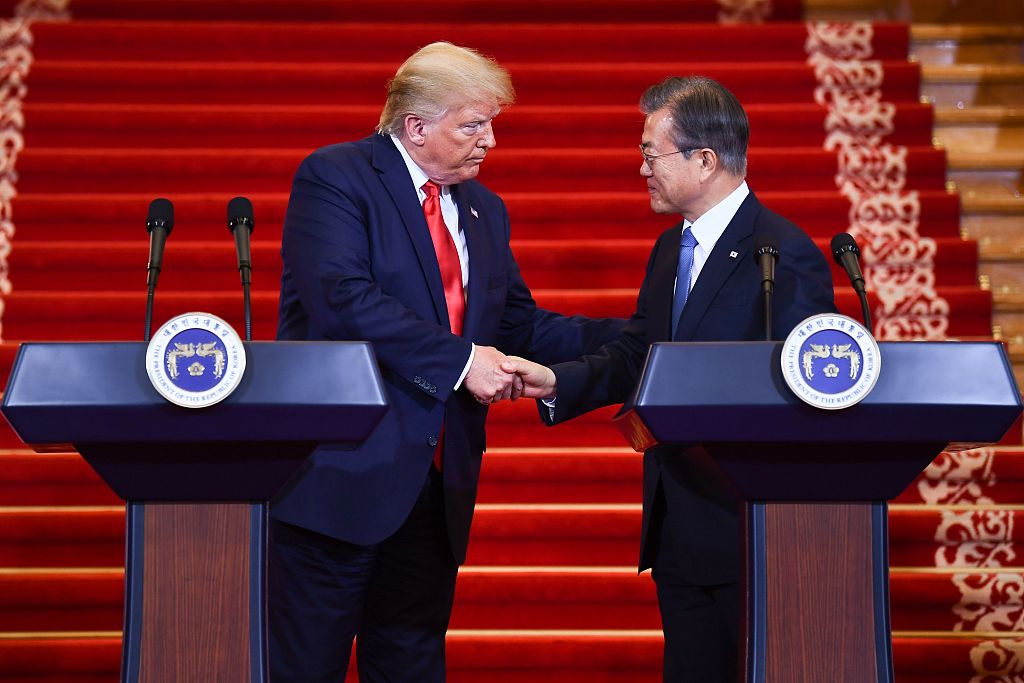 Moon made the remarks during a cabinet meeting, saying the DPRK and the United States actually declared an end to hostile relations and the launch of a new peace era through acts, though the two sides held no signing ceremony for a written document at the Panmunjom meeting.

Kim and Trump met in the South Korean side of the inter-Korean border village of Panmunjom on Sunday, after a surprising invitation by US President Trump the previous day through his Twitter message.

Trump shook hands with the DPRK leader at the military demarcation line (MDL) and crossed the line into the DPRK territory, becoming the first sitting US president to step into the DPRK.

Following the 50-minute, closed-door one-on-one meeting, Kim and Trump agreed to set up teams for the working-level nuclearization negotiations in the coming weeks.

Moon described the dramatic Panmunjom meeting as an "actual declaration of the end to hostile relations through acts."

The Blue House said earlier this year that South Korea and the DPRK declared an actual non-aggression agreement through the comprehensive military agreement, which was signed by defense chiefs of the two Koreas at the third summit between Moon and Kim in Pyongyang last September.

Under the military agreement, the two Koreas agreed to stop all hostile acts in border areas by establishing buffer zones on the ground, in the waters and the air.

The explanation was made during their joint trip to an observation post in the demilitarized zone (DMZ), which has divided the Korean Peninsula into two for the past decades. It marked the first time that the leaders of South Korea and the United States visited the DMZ together.

The inter-Korean industrial zone in the DPRK's border town of Kaesong was unilaterally closed down by South Korea in February 2016 over Pyongyang's nuclear test in the previous month.