Top leader of the Democratic People's Republic of Korea (DPRK) Kim Jong-Un and US President Donald Trump met Wednesday night in the Vietnamese capital of Hanoi for their second summit to discuss concrete ways for peace on and denuclearization of the Korean Peninsula. 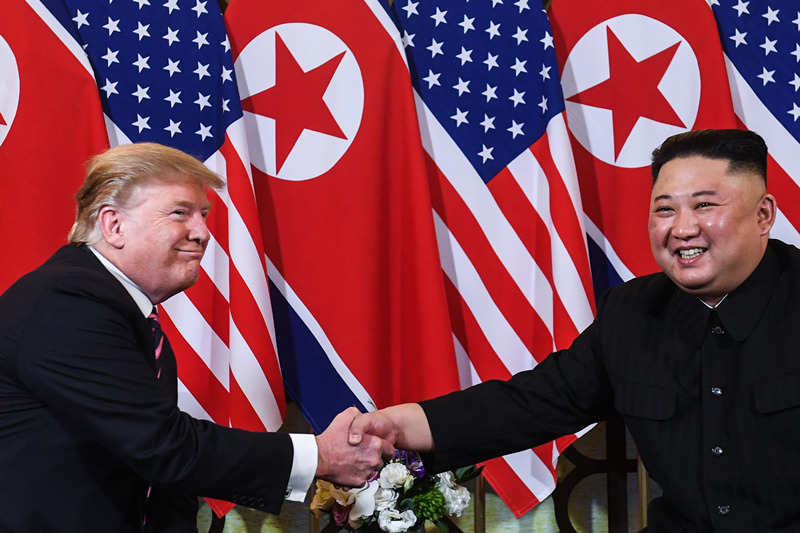 Kim and Trump shook hands and smiled in their first encounter at the Sofitel Legend Metropole Hotel in Hanoi, where the two leaders were slated to briefly sit down one-on-one before having a social dinner, opening their two-day summit.

The handshaking was made with flags of the DPRK and the United States standing behind them. A banner hanging above the flags read "Hanoi Summit" both in English and Korean.

The summit came about eight months after the first Kim-Trump meeting in Singapore in June last year.