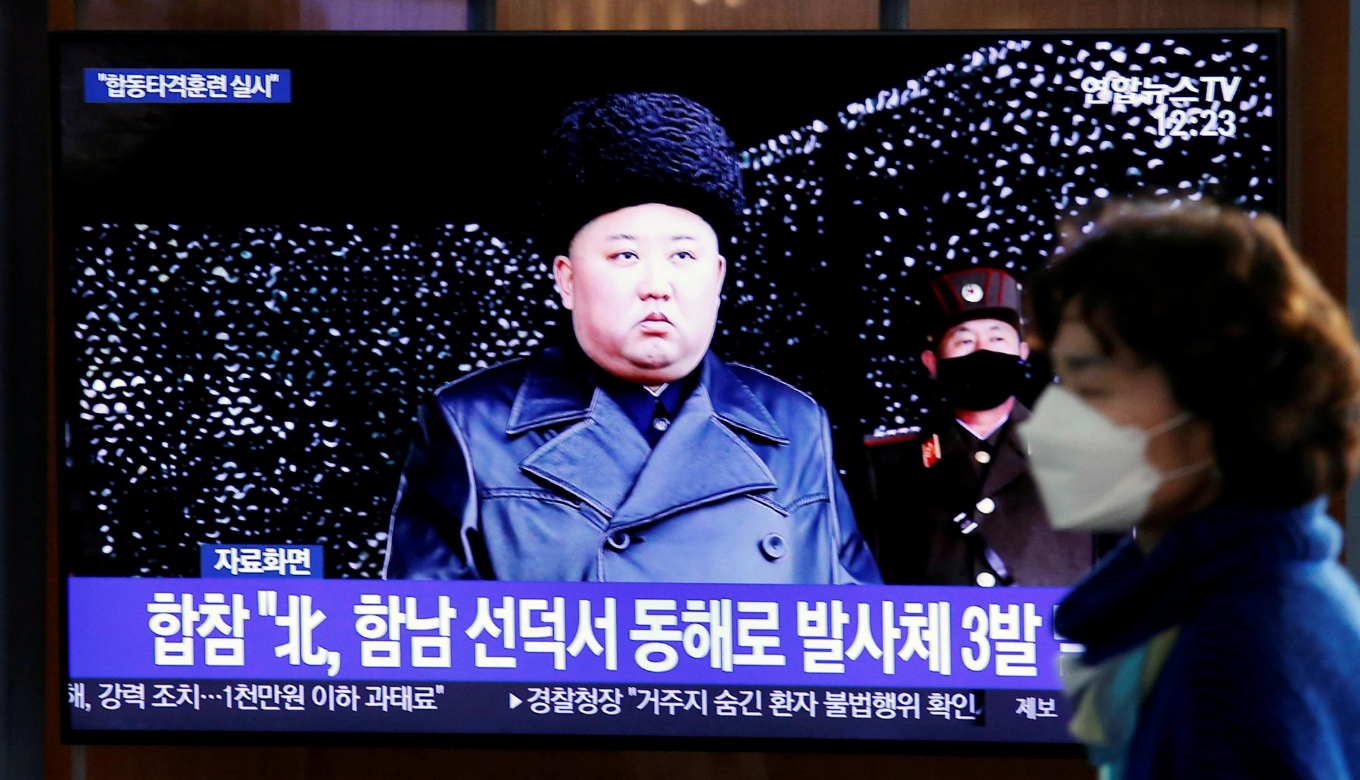 A woman walks past a TV broadcasting file footage for a news report on the DPRK firing an unidentified projectile, in Seoul, South Korea, March 9, 2020. (File photo: CGTN)

The DPRK said it launched its own operation to search for a South Korean man killed by its troops, but warned of escalating tensions that would be caused by South Korea's naval operations in the area, the KCNA state news agency reported.

A South Korean fisheries official is believed by South Korea to be killed and burnt by DPRK soldiers near the sea border.

In a rare move, the DPRK's leader Kim Jong Un issued an apology on Friday for his death in DPRK waters.

"We also took more necessary security measures in order to make sure that no more incidents spoiling the relations of trust and respect between the north and the south would happen in any case, true to the intention of our Supreme Leadership," a Sunday KCNA report said.

Authorities in Pyongyang are exploring how they will return the body once it is found, the report added.

The report called the man's killing an "awful case which should not have happened" but warned that South Korean naval ships near the site of the incident had crossed into DPRK waters.

"We urge the south side to immediately halt the intrusion across the military demarcation line in the west sea that may lead to escalation of tensions," the report said.

South Korea has not yet responded to its northern neighbor's warning.

Seoul urged on Saturday that the DPRK further investigates the fatal shooting and suggested it could be a joint probe by the two sides.