An agreement has been struck which could mean the adoption of a ceasefire in the violence-torn east of DR Congo as soon as late Friday, Angola's Foreign Minister Tete Antonio has said.

The Democratic Republic of Congo's President Felix Tshisekedi had been meeting Rwandan Foreign Minister Vincent Biruta in Luanda on Wednesday as tensions soared between the neighbours amid bloody militia violence on their border. 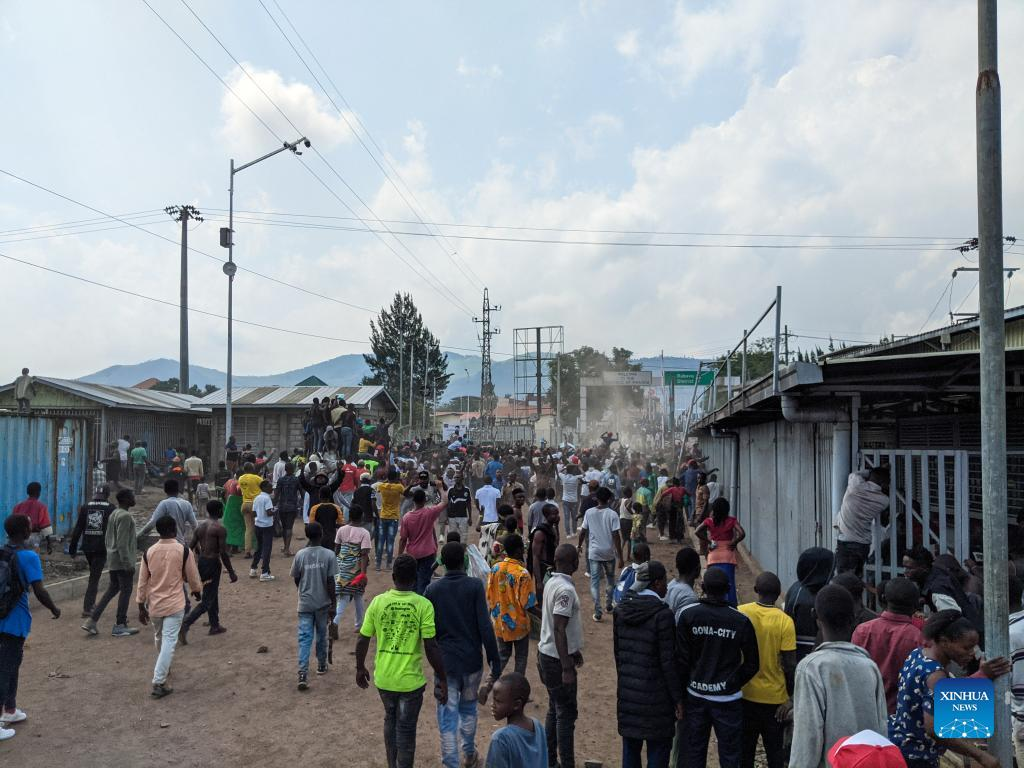 Photo taken on June 15, 2022 shows people at a peaceful demonstration against rebels of the March 23 Movement (M23) in Goma, northeastern Democratic Republic of the Congo (DRC). (Photo: Xinhua)

An agreement was reached for an "immediate ceasefire" in the DRC at 6:00 pm (1600 GMT) Friday, Tete said after the talks.

The parties also agreed to demand "the immediate withdrawal of M23 rebels from the occupied areas", he added.

The clashes have triggered a diplomatic row, with the DRC accusing Rwanda of aiding the rebels, something that its far smaller neighbour denies.

The East African Community (EAC), of which Rwanda is a member, has also vowed to deploy a joint force to quell the violence.

Kenyan soldiers arrived in the DRC earlier this month and Uganda says it will shortly deploy around 1,000 troops.

The EAC's chair, Burundian President Evariste Ndayishimiye, and former Kenyan president Uhuru Kenyatta -- the EAC's "facilitator" in efforts to restore peace and security in the mineral-rich region -- were also in Luanda.

Rwandan President Paul Kagame was not in attendance at the talks for reasons that were not immediately clear.

Ahead of the talks, the UN Security Council members called for a halt to fighting, for the M23 to withdraw from occupied areas and for the end to "all external support to non-state armed actors, including the M23."

The M23, a largely Congolese Tutsi militia, has seized swathes of territory across North Kivu province, edging towards the region's main city of Goma.

The DRC and Rwanda agreed to a de-escalation plan in July, but clashes resumed the very next day.

On Tuesday, Kinshasa said it would not sit down for talks with M23 rebels until the group withdrew from the areas it controlled.

The M23 first leapt to prominence 10 years ago when it captured Goma, before being driven out and going to ground.

It re-emerged late last year, claiming the DRC had failed to honour a pledge to integrate its fighters into the army, among other grievances.

Rwanda, denying the DRC's charges against it, accuses Kinshasa of colluding with the Democratic Forces for the Liberation of Rwanda (FDLR) -- a former Rwandan Hutu rebel group that was established in the DRC after the 1994 genocide.