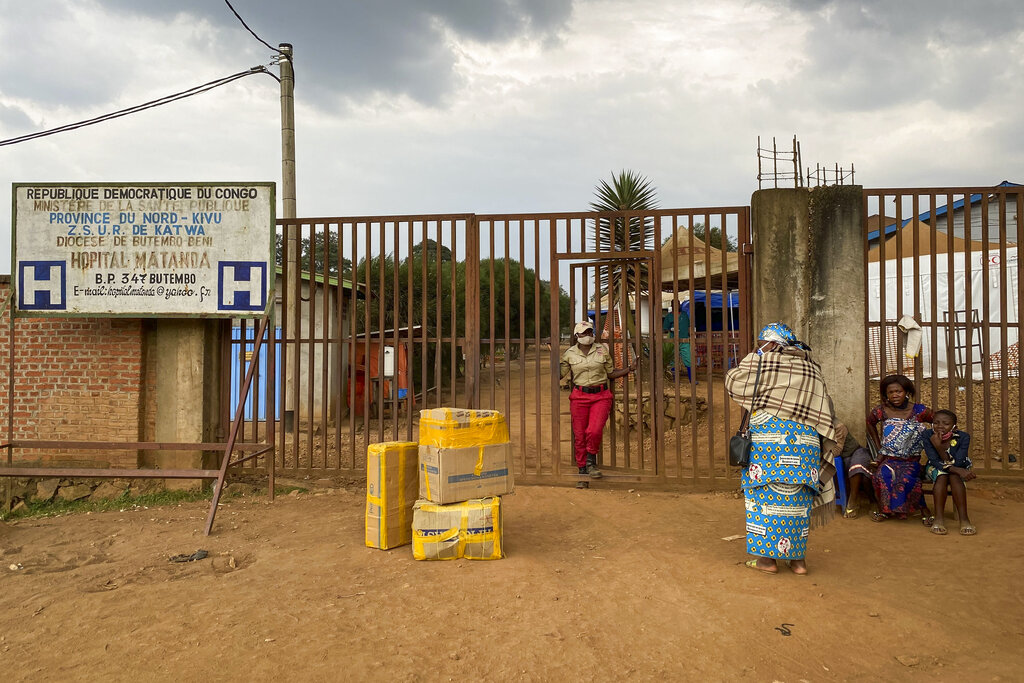 The gates of the Matanda Hospital in Butembo, where the first case of Ebola died, in the North Kivu province of Congo Thursday, Feb. 11, 2021. (Photo: AP)

KINSHASA, May 3 (Xinhua) -- The Democratic Republic of the Congo (DRC) on Monday officially declared the end of the 12th Ebola outbreak, which killed six people in its eastern province of North Kivu.

Since the outbreak declared on February 7, 2021, a total of 12 cases have been reported, including 6 deaths in the province.

Thanks to the experience of the DRC's response team and health partners, the epidemic has been brought under control in less than three months after its declaration, said health Minister Jean-Jacques Mbungani.

"The response to this epidemic has been influenced by the expansion of the COVID-19 pandemic, which has not spared our country," he noted.

The recent resurgence was genetically linked to the 2018-2020 epidemic in the northeastern part of the country, in which 3,470 people were infected and 2,287 were killed. Another outbreak in the western province of Ecuador infected 130 people and killed 55 between June and November 2020.