The president of the Democratic Republic of Congo joined the United States on Tuesday in blaming climate change for major floods that have claimed around 100 lives in the capital Kinshasa. 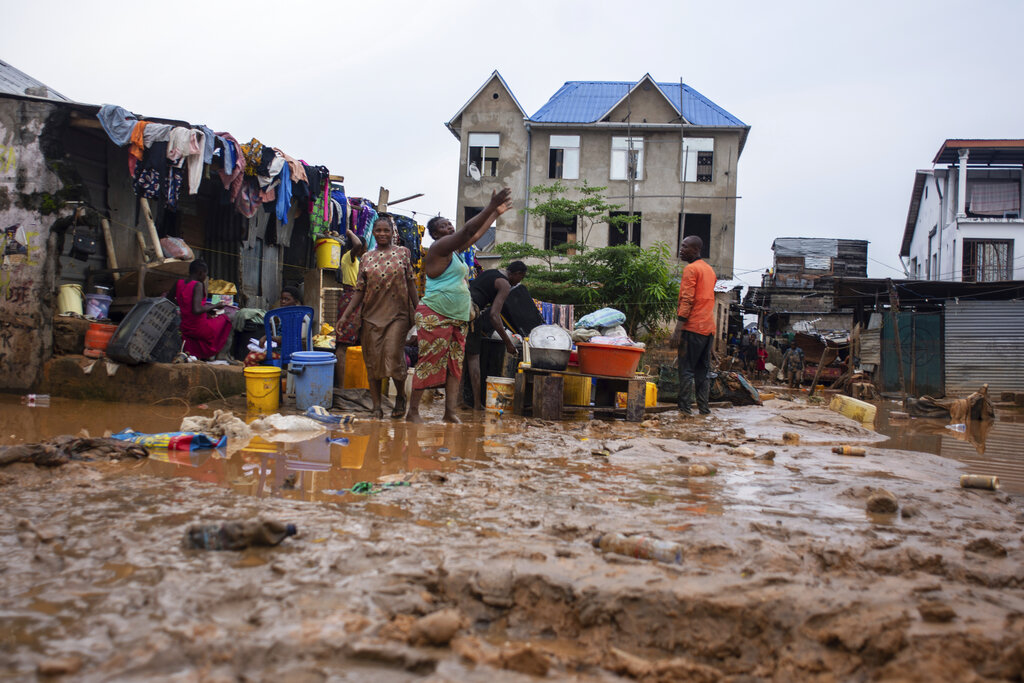 "The DRC is under pressure but unfortunately it's not sufficiently heard or supported," President Felix Tshisekedi told Secretary of State Antony Blinken as they met at a US-Africa summit in Washington.

The flooding is an example of "what we have been deploring for some time," he said.

"Support must come from countries that pollute and unfortunately trigger the harmful consequences in our countries that lack the means to protect themselves," he said.

Blinken offered condolences for the deaths, saying the flooding was "further evidence of the challenges we are facing with climate and something we need to work on together."

Despite a series of international conferences, scientists say the planet is far off course from meeting a UN-blessed goal of checking warming at 1.5 degrees Celsius (2.7 Fahrenheit) above pre-industrial levels.

Blinken was also speaking to Tshisekedi as the United States puts pressure on Rwanda to stop alleged support for M23 rebels who have made rapid advances in the eastern DRC.

"Our country is unfortunately the victim of a secret aggression by Rwanda through the M23 movement," Tshisekedi said.

"It is causing serious destabilization in part of our country that is already in distress, with hundreds of thousands of displaced living in precarious conditions."

Rwanda, whose President Paul Kagame is also in Washington, denies support to the M23, which is mostly made of Congolese Tutsis.

Relations between Rwanda and DR Congo have been strained since the mass arrival in the eastern DRC of Rwandan Hutus accused of slaughtering Tutsis during the 1994 genocide in Rwanda.