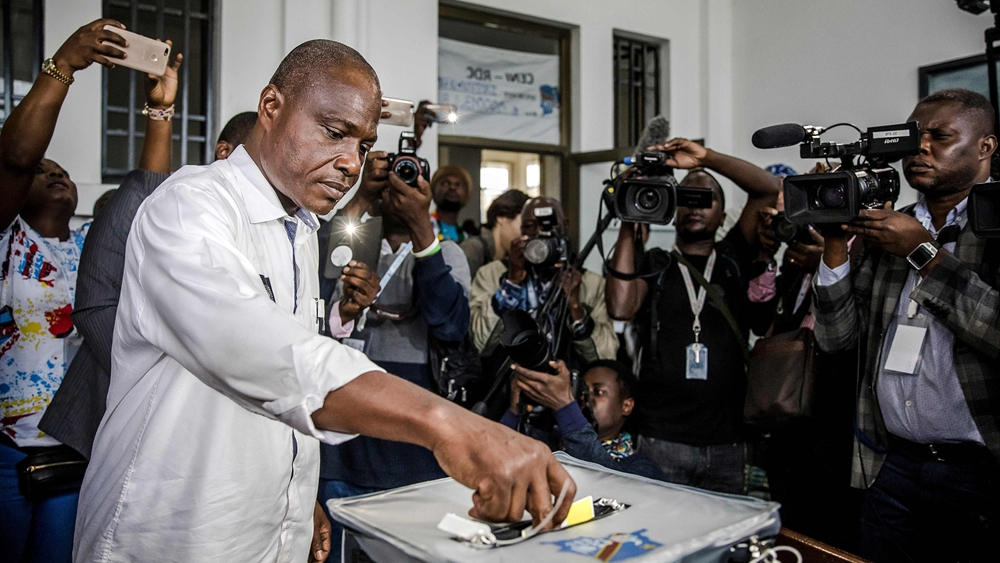 Opposition presidential candidate Martin Fayulu warned election officials in the Democratic Republic of Congo on Tuesday not to "disguise the truth of the polls", as tensions mounted over the delayed results.

In one of his first statements since the December 30 vote, Fayulu urged the authorities to publish who had won.

"The Congolese people already know the result," he said, warning against political tensions.

The elections, postponed three times over the last two years, were to choose a successor to long-term President Joseph Kabila but the provisional results, due last Sunday, have been delayed.

The Independent National Electoral Commission (INEC) has said it postponed the results announcement as it was still counting ballot papers.

Fayulu's statement came as the main opposition party Union for Democracy and Social Progress (UDPS) claimed on Tuesday that its candidate Felix Tshisekedi had won and that a meeting with Kabila was being prepared.

"The two figures have an interest in meeting to prepare a peaceful and civilized transfer of power," said UDPS secretary general Jean-Marc Kabund.

Talk of a possible rapprochement between the UDPS and Kabila was also fuelled after Tshisekedi told Belgian newspaper Le Soir the president could be honored for his behaviour after stepping down.

"One day we will even have to think of paying tribute to him (Kabila) for agreeing to withdraw," Tshisekedi said in an interview.

Of the three main contenders for president, Kabila has backed Emmanuel Ramazani Shadary as his preferred successor.

But as the other key opposition candidate, Fayulu in his statement warned the electoral commission "against any attempt to disguise the truth of the polls".

INEC must "publish the provisional results of the presidential election in the near future," he said.

According to the initial timetable, after provisional results are released, definite results are due on January 15 with the swearing-in of the new president three days later.