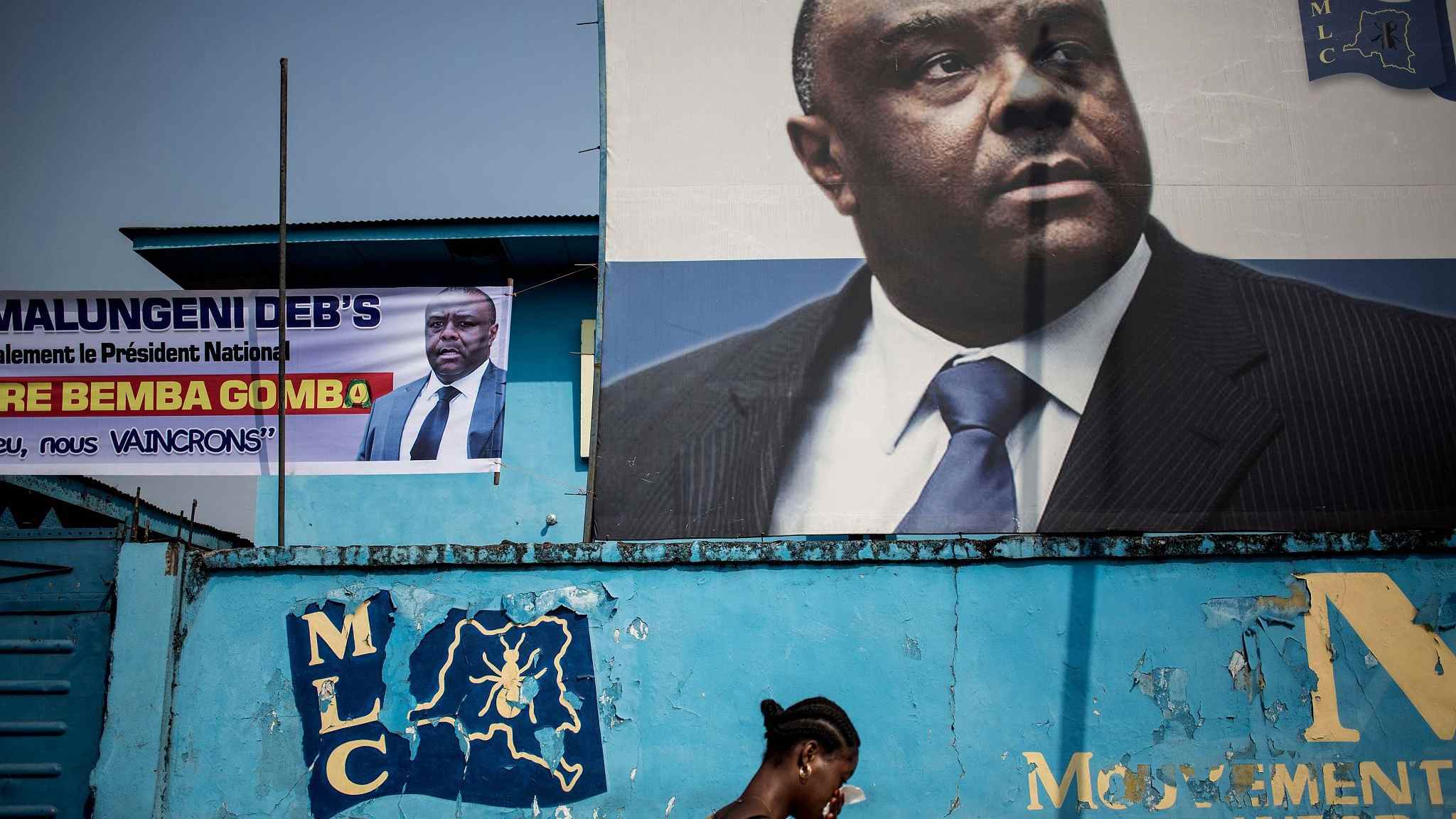 A Congolese woman walks past a board bearing a picture of Jean-Pierre Bemba in Kinshasa, DRC, June 8, 2018. (Photo: VCG)

Former Democratic Republic of Congo (DRC) Vice-President Jean-Pierre Bemba was nominated on Friday to run in presidential elections in December, a month after he was acquitted of war crimes in The Hague.

"We unanimously decided to renew Senator Jean-Pierre Bemba Gombo as national president of the Movement for the Liberation of the Congo (MLC) for a five-year term and to name him as our candidate for the presidential election of December 23, 2018," said the party's Jean Jacques Mamba.

And Bemba’s candidacy would represent serious competition to either President Joseph Kabila or his hand-picked successor.

On June 8, judges at the International Criminal Court (ICC) in The Hague overturned a 2016 conviction against Bemba on five counts of war crimes committed by his militia in the Central African Republic in 2002-2003.

He had been sentenced to 18 years in prison, the longest term ever handed down by the court.

Bemba served as vice president to Kabila in 2003-06 and is popular in western Congo, including Kinshasa.

But he is still awaiting sentencing by the ICC on a separate witness tampering conviction, which could drag on for weeks, or even months.

This could prevent him from returning to Congo before the August 8 deadline to register his candidacy for the election.

Congolese officials have also offered mixed messages about whether he might face further criminal prosecution at home.

December’s election is due to choose a successor to Kabila, who has ruled the country since 2001.

After he was announced as the MLC’s presidential candidate at a party congress in Kinshasa on Friday, Bemba, who is still in Belgium, briefly addressed his supporters over the phone.

"I thank all the participants. Thank you for your confidence," he said to cries of joy and dancing by MLC members. "I will return soon."