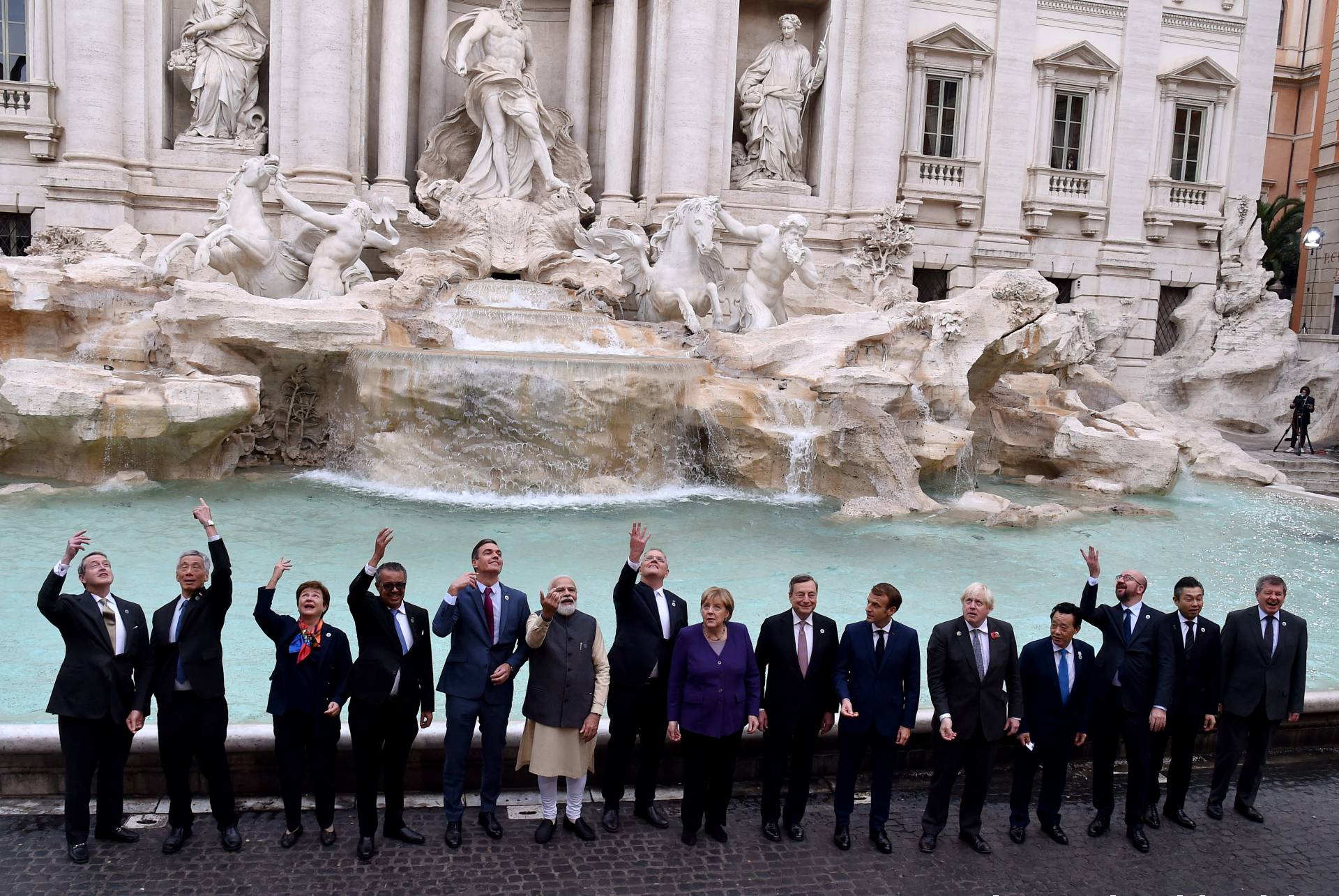 G20 leaders toss a coin into Rome's iconic Trevi Fountain on the sidelines of the G20 summit in Rome. (Photo: Agencies)

As G20 leaders wrapped up this year's summit, Italian Prime Minister Mario Draghi hailed the conference as a success, saying important progress had been made in combatting the threat of climate change ahead of COP26.

"We made sure that our dreams are not only alive but they are progressing," said Draghi, acting president of the G20, in a closing news conference on Sunday. However, he was also forced to brush aside criticism that the G20 had not gone far enough in trying to resolve the crisis.

But meeting in person for the first time in two years, G20 leaders had a full agenda including the COVID-19 pandemic, a landmark tax deal and global economy worries. So what was achieved at the summit and which issues still need to be resolved? 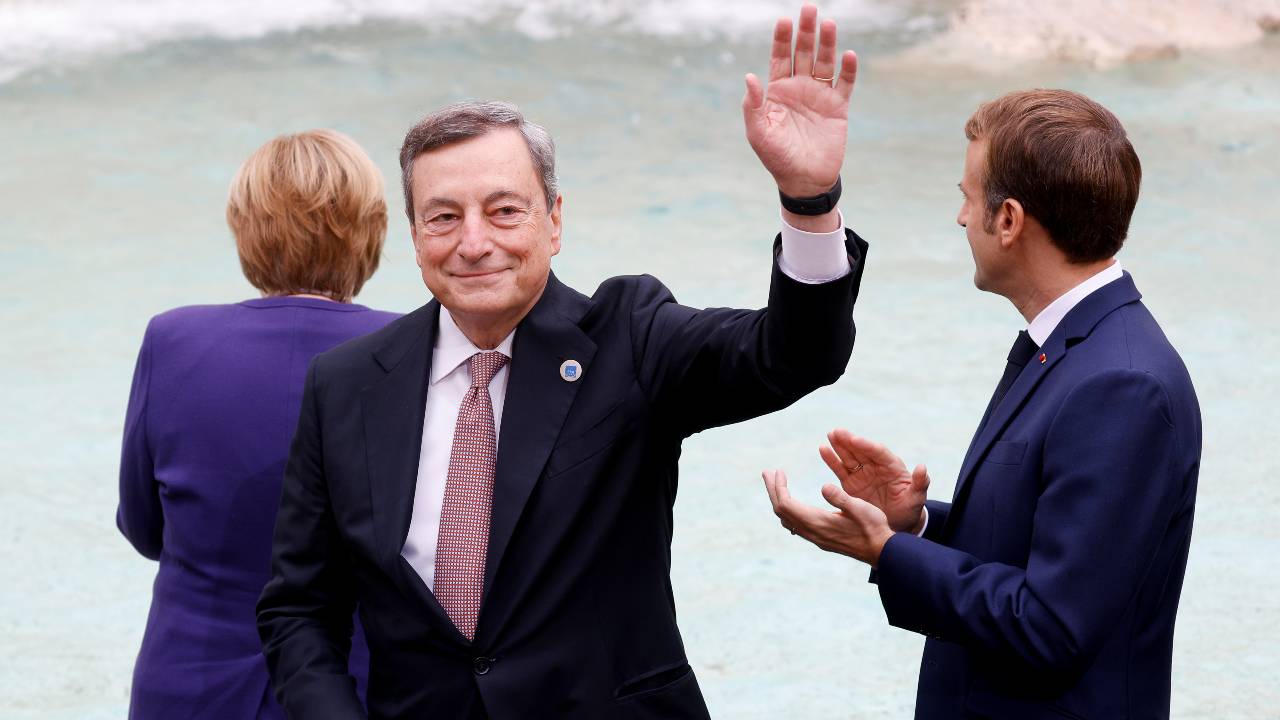 The main focus of the conference ahead of the COP26 climate summit in Glasgow, leaders committed to the key Paris Agreement goal of limiting global warming to 1.5 degrees Celsius above pre-industrial levels, also pledging specific action against heavily polluting coal plants.

"Keeping 1.5 degrees within reach will require meaningful and effective actions and commitment by all countries, taking into account different approaches," the G20 said in the final communique.

They also pledged to hit a target of net zero carbon emissions "by or around mid-century," but did not give a hard date of 2050, as campaigners were pushing for. They also failed to set a date for phasing out fossil fuel subsidies, saying they will aim to do so "over the medium term." 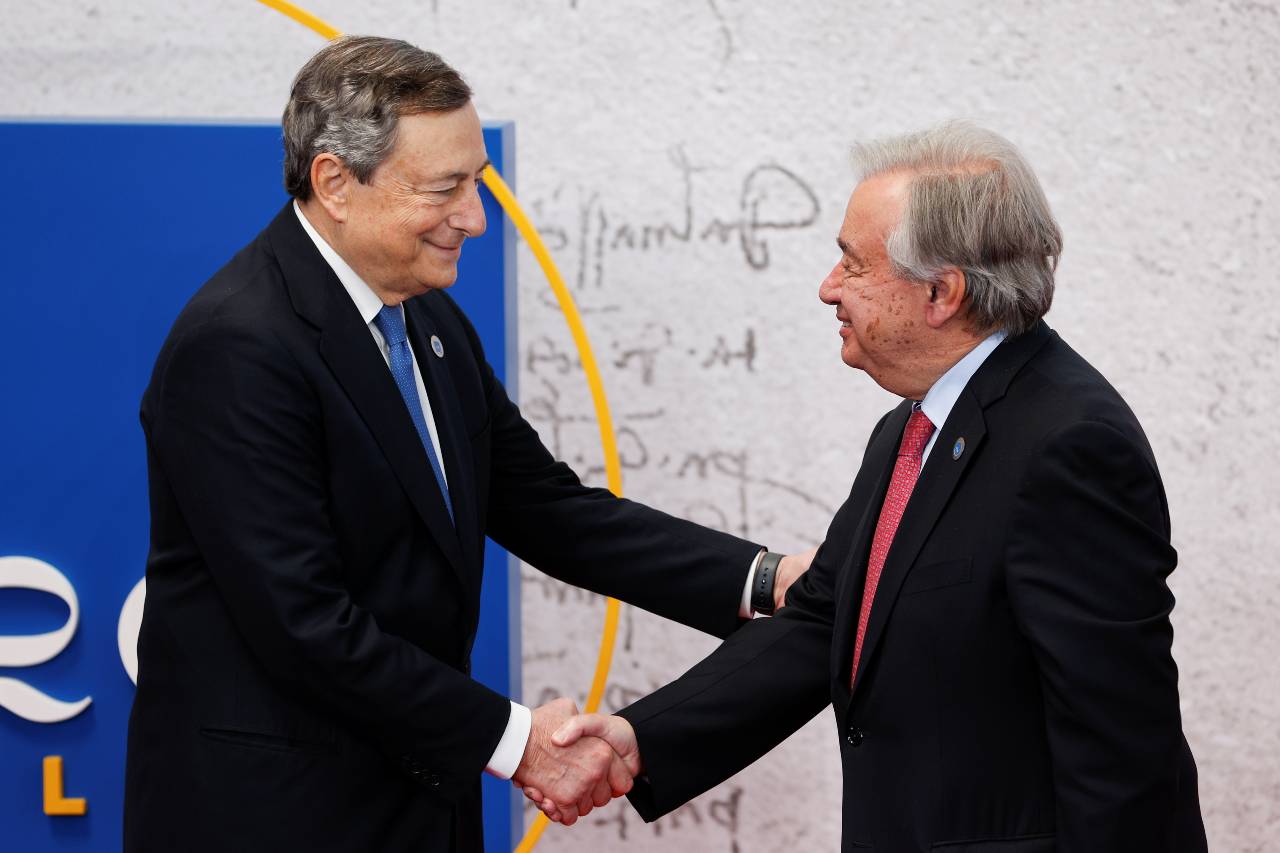 UN Secretary General Antonio Guterres, writing on Twitter, said: "While I welcome the G20's recommitment to global solutions, I leave Rome with my hopes unfulfilled - but at least they are not buried."

Yet Draghi remained positive: "G20 leaders have made substantial commitments...it is easy to suggest difficult things. It is very, very difficult to actually execute them," he said, adding that he thought countries would continue to improve on their climate initiatives.

"We changed the language, the goalpost - 1.5 is now universally agreed, before it wasn't. Carbon neutrality around 2050 has been agreed, no additional net emissions, before, there was no commitment whatsoever."

But talks were reportedly tough over "climate financing," referencing a 2009 pledge by rich nations to give $100 billion per year by 2020 to help developing countries tackle climate change.

Leaders reaffirmed their commitment to do so in their closing statements. But concerns remain that such wrangling will generate mistrust and a reluctance among some developing nations, just as many of the G20 representatives fly directly to COP26 to lock horns over implementing the 2015 Paris climate accord.

Climate wasn't the only topic on the agenda. Leaders finalized an agreement that will subject multinationals to a minimum 15 percent tax, which they described as part of a drive to build "a more stable and fairer international tax system."

US internet giants such as Amazon, Google parent Alphabet, Facebook and Apple, which all benefit from being based in low-tax countries, are expected to be the targets of the new global regulation.

The reform, long in the pipeline, is set to come into effect in 2023, but each country involved in the global deal must first pass domestic legislation, with the U.S. President Joe Biden among those facing opposition to the plan at home.

Leaders also pledged to support the WHO's goal of vaccinating at least 40 percent of the world's population by 2021 and 70 percent by the middle of next year, boosting the supply of vaccines in developing countries and removing financing constraints.

They also promised to "work together towards the recognition of COVID-19 vaccines deemed safe and efficacious by the WHO," after Russian President Vladimir Putin complained about the lack of international approval for Moscow's Sputnik V jab.

Amid the pandemic, inflation has risen, energy prices have been set reeling while supply chain bottlenecks continue to disrupt the world economy. As a response, G20 leaders ruled out a quick removal of national stimulus measures.

"We will continue to sustain the recovery, avoiding any premature withdrawal of support measures, while preserving financial stability and long-term fiscal sustainability and safeguarding against downside risks and negative spillovers," they said.

Regarding inflation, central banks would continue "monitoring current price dynamics closely" and "act as needed to meet their mandates, including price stability." The leaders also pledged to "remain vigilant" to disruptions in supply chains, and "monitor and address these issues as our economies recover."

Finally, they set a new target of pushing $100 billion towards the poorest nations, coming from the $650 billion pot made available by the International Monetary Fund, via a fresh issuance of its Special Drawing Rights.

These can be used by developing countries as a reserve currency that stabilizes the value of their domestic currency, or to be converted into stronger currencies to finance investments without having to pay significant interest rates.