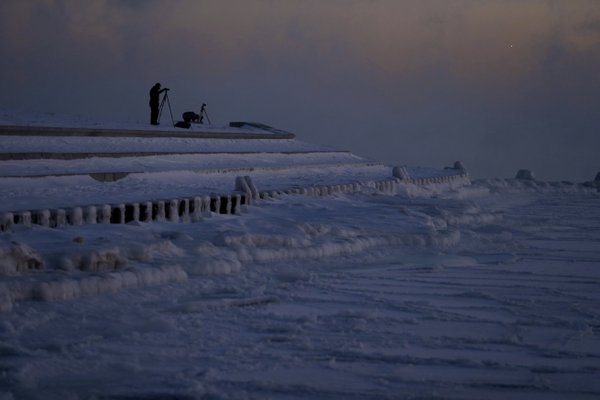 Photographers set up tripods along the shore of Lake Michigan before sunrise, Thursday, Jan. 31, 2019, in Chicago. (Photo: AP)

The painfully cold weather system holding much of the Midwest in a historic deep freeze sent temperatures plunging to a record low in northern Illinois on Thursday, but a dramatic swing of as much as 80 degrees is expected by early next week.

Disruptions caused by the cold will also persist, including power outages and canceled flights and trains. Crews in Detroit will need days to repair water mains that burst Wednesday.

But cities across the Midwest will see a warmup by this weekend, including a temperature yo-yo of around 70 degrees in Minneapolis. The jump will be even larger in Rockford, Illinois, a city northwest of Chicago, that awoke Thursday to a record-breaking temperature of negative 30 degrees (negative 34 Celsius). The forecast Monday in Rockford calls for a high of 51 degrees (10.5 Celsius).

In western New York, a storm that dumped up to 20 inches of snow (51 centimeters) was over by Thursday but gave way to subzero temperatures and dangerous wind chills. The arctic conditions caused problems from Buffalo to Brooklyn, where about 200 firefighters battling an early morning blaze in a commercial building took turns getting warm on buses amid the frigid conditions.

Schools in parts of Wisconsin, Minnesota, Michigan, Illinois and Iowa remained closed Thursday. But students headed back to school Thursday in eastern North Dakota, where the weather was forecast to crawl out of double-digit subzero temperatures. 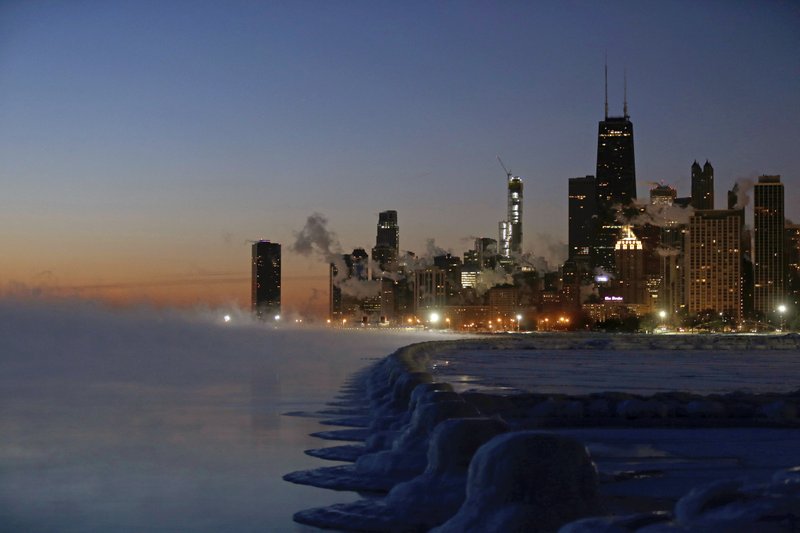 Ice forms along the shore of Lake Michigan before sunrise, Thursday, Jan. 31, 2019, in Chicago. (Photo: AP)

The blast of polar air also strained infrastructure with some of the lowest temperatures in a generation. The deep freeze snapped rail lines, canceled hundreds of flights and strained utilities. As of Thursday morning, about 1,700 flights in and out of Chicago’s airports had been canceled over the previous 24 hours.

Chicago’s temperature dropped to a low of around minus 23 degrees (minus 30 Celsius), slightly above the city’s lowest-ever reading in January 1985 of minus 27 degrees (minus 32 Celsius). Milwaukee had similar conditions.

Trains and buses in Chicago operated with few passengers. The hardiest commuters ventured out only after covering nearly every square inch of flesh against the extreme chill, which froze ice crystals on eyelashes and eyebrows in minutes. The US. Postal Service even took the rare step of suspending mail delivery in many places.

The bitter cold was the result of a split in the polar vortex, a mass of cold air that normally stays bottled up in the Arctic. The split allowed the air to spill much farther south than usual.

At least eight deaths have been linked to the system, including an elderly Illinois man who was found several hours after he fell trying to get into his home. A University of Iowa student was found dead behind an academic hall several hours before dawn. 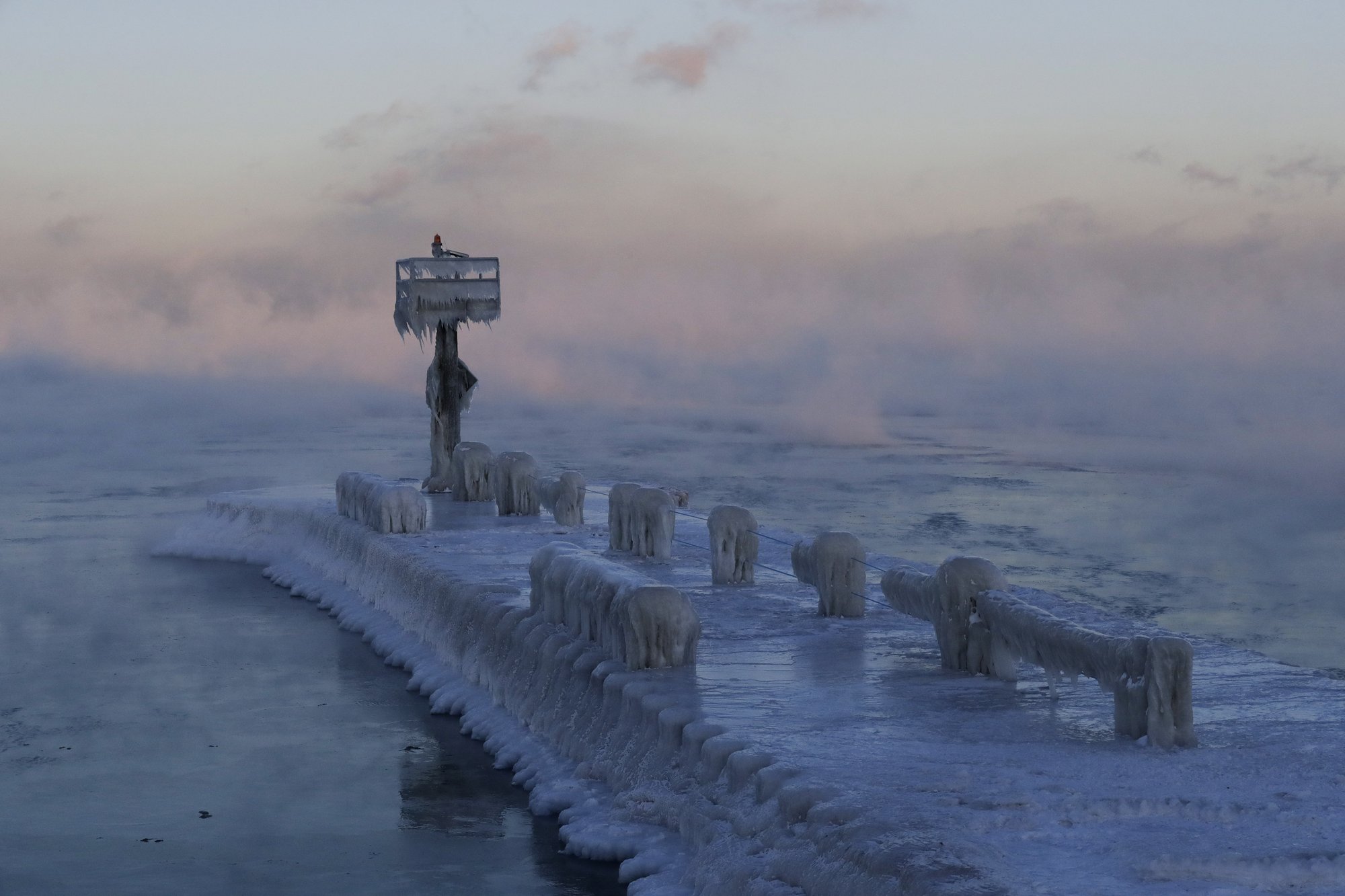 A harbor light is covered with snow and ice on the Lake Michigan at 39th Street Harbor, Wednesday, Jan. 30, 2019, in Chicago. (Photo: AP)

In Michigan, state and utility officials warned residents that they risked brief interruptions of natural gas service if they didn’t help reduce energy. The warning followed a fire at a utility’s suburban Detroit facility that affected natural gas supplies. By Thursday, Consumers Energy said it was “cautiously optimistic” its requests to curb natural gas use were “having a positive effect.”

Amtrak canceled scores of trains to and from Chicago, one of the nation’s busiest rail hubs. Several families who intended to leave for Pennsylvania stood in ticket lines at Chicago’s Union Station only to be told all trains were canceled until Friday.

“Had I known we’d be stranded here, we would have stayed in Mexico longer — where it was warmer,” said Anna Ebersol, who was traveling with her two sons.