WORLD Dream turns sour for many who move to US

Dream turns sour for many who move to US

CHICAGO－Almost all the immigrants who came to the United States were full of dreams. 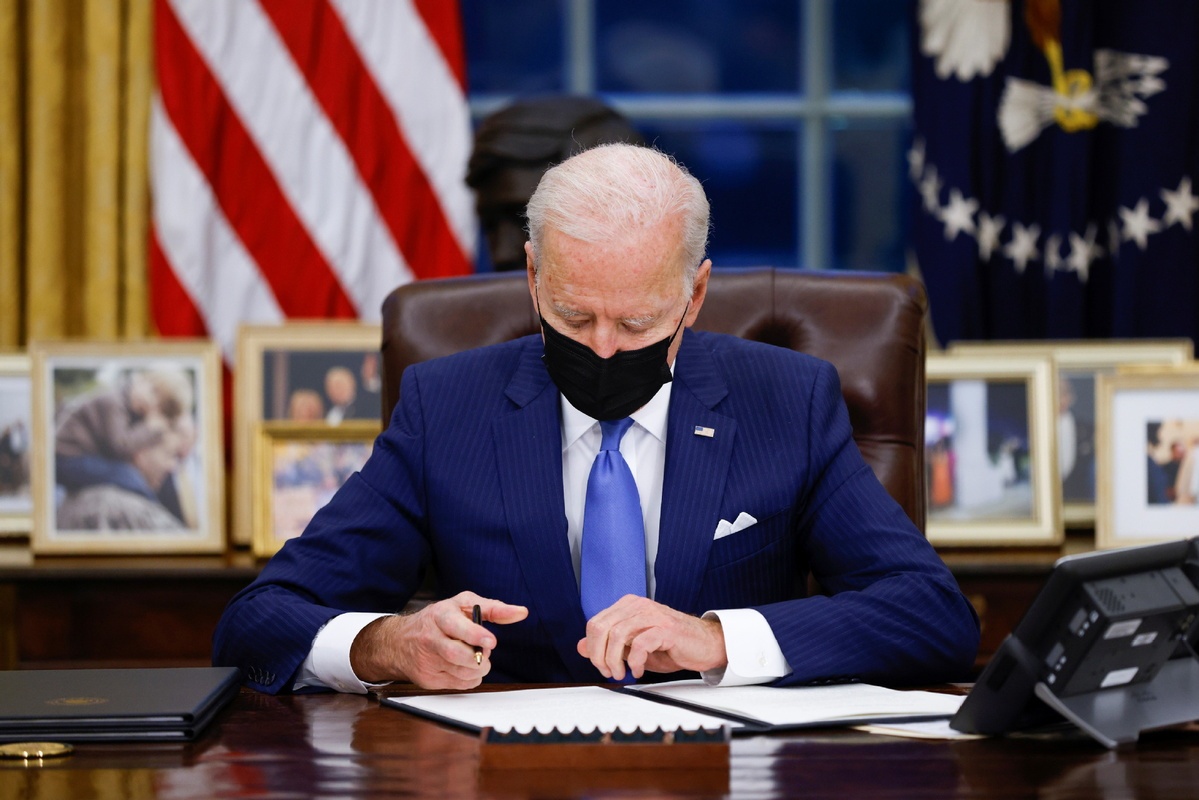 US President Joe Biden signs executive orders on immigration reform inside the Oval Office at the White House in Washington, US, Feb 2, 2021. [Photo/Agencies]

How are they and their children faring after decades living here? Several first-and second-generation immigrants shared their thoughts.

"I only knew America from television, but I was most surprised by the systemic racism," said 41-year-old Karla Thomas, who came to America from Trinidad 24 years ago to study at the University of Mississippi, and has lived there ever since.

"The segregation is like no other place anywhere else in recent times. In Trinidad, my neighborhood and friends were of a variety of races, Indian, Asian, black, Caucasian."

Thomas has studied the US history of opioid issues and referred to it as an example of racism and the problem with healthcare.

"Jail for crack, medical care for opioids, both drugs are from the same source, which brings us to healthcare," Thomas said. "How can (we) call America the greatest country, while we can't provide healthcare to everyone."

"Until recently, a majority of people on probation was for some sort of cannabis possession and drug trafficking and that created an incarceration problem."

Strobeck's mother married a US citizen and came from Poland 65 years ago.

Ozzie Ramsey's parents came to the United States 50 years ago from Jamaica with an American dream in mind. People would say that this is "the land of the free" and all of these opportunities, and they think one can work hard and get what he wants.

However, too many people in this country are in bad shape and have mental health issues, the 47-year-old owner of a photography business said. "America won't pull back the veil and reveal the whole truth until you get here.… I don't think America has ever been the promise of America."

Thirty-nine-year-old E.B. Barnes said she hopes the United States would be more inclusive.

"It's my belief that the United States has been divided along racial lines and there are groups that are predominantly white that continue to fan the flames of injustice and hate under the guise of politics."

Barnes left the Philippines to join her father's family in the US 31 years ago. Now a higher education consultant and a doctoral student, Barnes still remembers the experience of being followed in stores and publicly mocked when she was young. "It was difficult to feel like a US citizen."

Forty-one-year-old Diane Robertson and her husband transferred jobs to the US from Scotland 14 years ago. She still cannot get used to the US healthcare system. "In the USA, it is totally different. Everything you work for can be taken away with one illness."

Talking about whether an ideal America ever exists, most of the people interviewed gave the answer "No" or "Never".

"There was never an ideal America in my mind," said Barnes. "Much of the miscalculated and systematic obstacles have continued to oppress those who are different, underserved, non-privileged and impoverished."

Strobeck said: "The American ideal is too much based on financial gain. It changed to greed and accumulation of wealth, and that continues to this day."

Robertson and her husband have even thought of moving back to Scotland. "There have been so many opportunities in this country, and wealth in this country, but not for everyone. … While you can achieve the American dream, not all people can get to these levels," she said.