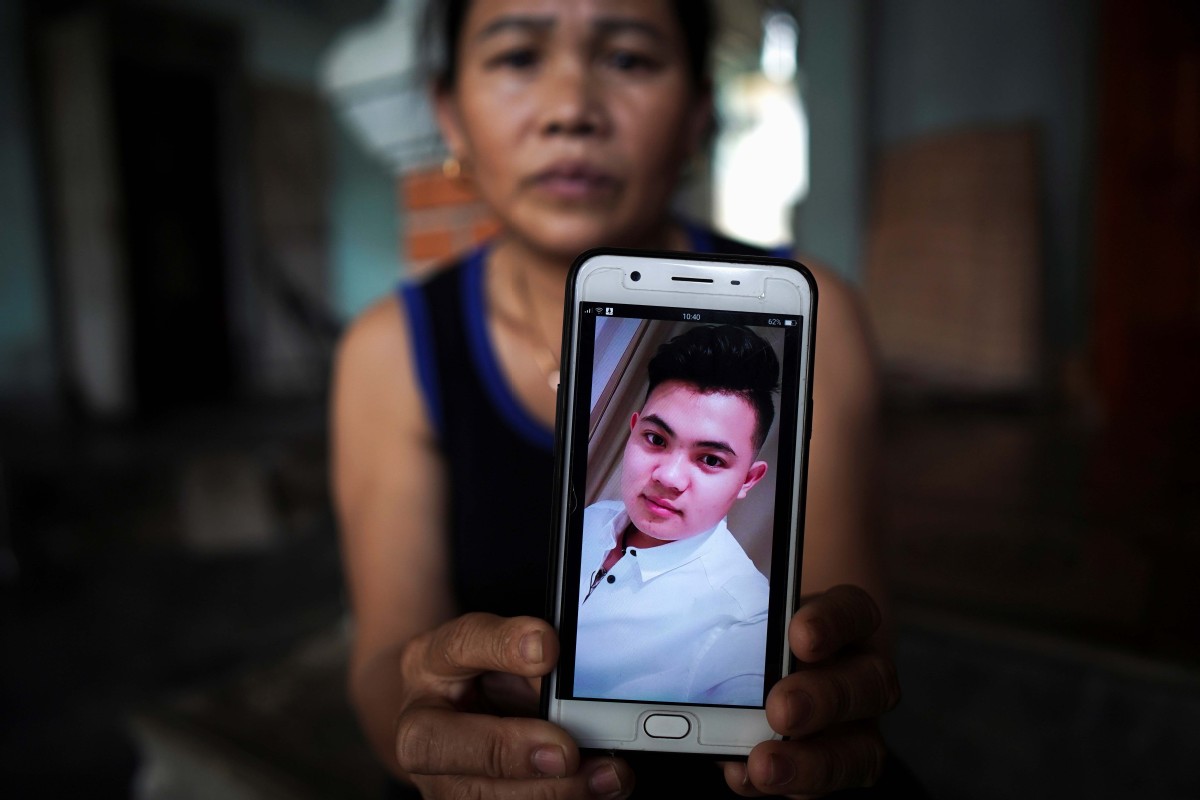 Hoang Thi Ai, of Dien Chau district in Vietnam's Nghe An Province, on Monday shows a picture of her son Hoang Van Tiep. He is feared to be among those who were found dead in the truck. (Photo: Reuters)

The driver arrested in connection with the deaths of 39 people found in the back of a truck in Essex in England last Wednesday has been remanded in custody and will appear at London's Old Bailey court on Nov 25.

Maurice Robinson, 25, from Craigavon in Northern Ireland, faces 39 counts of manslaughter as well as charges of people trafficking, immigration and money laundering, and made a brief appearance at Chelmsford Magistrates' Court on Monday morning.

Three other people have been arrested in connection with the discovery of the bodies of 31 men and eight women and were released on bail. They are a 46-year-old man from Northern Ireland, and Joanna and Thomas Maher, both 38, from Warrington in the northwest of England.

Meanwhile, Essex Police are continuing their efforts to clarify details of what happened and to identify the victims.

The Associated Press reported that some Vietnamese families in central Vietnam believe their relatives are among the 39 victims found in the refrigerated container truck that arrived across the English Channel from Zeebrugge, Belgium last week.

The VnExpress news website said that police in central Vietnam on Sunday took tissue samples from people who fear their relatives may be among the dead. On Sunday, up to 24 families had reported members missing to local authorities.

VietHome, a website for Britain's Vietnamese community, said it had given detectives pictures of nearly 20 people reported missing, and that police are also investigating claims that the truck in question could have been one in a convoy of three, transporting a total of about 100 people.

The police said that all victims have been moved to Broomfield Hospital in Chelmsford for post-mortems to determine causes of death.

According to the police statement, all 39 victims had personal belongings which may help establish their identities. More than 500 items, including mobile phones, have been recovered.

Stressing that "we remain open minded as to nationalities of those who have died," Senior Identification Manager Detective Chief Inspector Martin Pasmore said, "We are asking anyone who may have information that may assist us in identification to come forward to us."

"If you come to us, we will do all we can to put our arm around you and take you through this process, and establish as quickly as possible whether or not we have your loved one involved in this tragic incident, and try and reunite you."

He said he was aware that people may be afraid to come forward because of revealing information about illegal immigration, but he urged them not to be scared.

"We understand some people may be frightened but I hope people will put trust in me and make that leap of faith. Essex Police will not look to take any action against you."