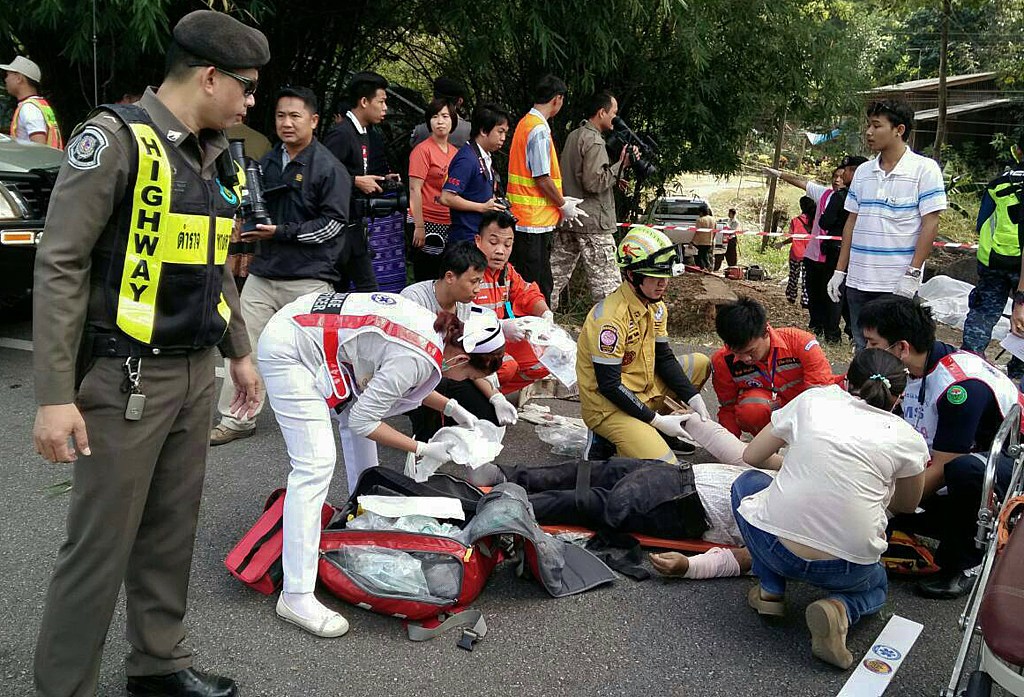 A Thai driver of a pickup truck was dead and some Chinese tourists on a bus were injured after the two vehicles crashed in Chiang Rai, Thailand on Thursday afternoon.

According to a statement from the Chinese Consulate General in Thailand's Chiang Mai, the driver was dead at the scene while injured tourists were rushed to hospital.

One tourist suffered a fracture on the left shoulder and the tourist is now being taking care of at a hospital while others suffered minor injuries, the statement said.

The tourist bus, carrying a total of 19 Chinese tourists from southeast China's Fujian province, was heading to the White Temple of Chiang Rai province from Chiang Mai when it hit the pickup truck, the statement noted.

The Chinese Consulate General also said it immediately sent officials to visit those injured after learning about the accident and the tourists' travel agency said they bought insurance for every tourist before trip and they would try to find a better hospital for the injured later.

The Chinese Consulate General also asked the Thai side to investigate into the cause of the incident.