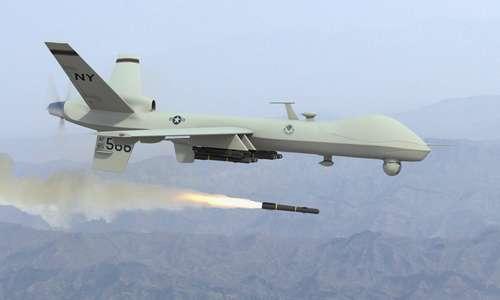 At least 15 Islamic States (IS) militants were killed after drone attacks against hardliner group in Afghan eastern Nangarhar province on Saturday, a local official said Sunday.
"An unmanned air vehicle of NATO-led troops targeted a group of IS militants in Achin district of Nangarhar province on Saturday evening as a result 15 fighters were killed and their hideout utterly destroyed," Ataullah Khogiani, the spokesman for provincial governor told Xinhua.
The NATO-led Resolute Support (RS) mission, which often conducts airstrikes against armed militants in the conflict-battered country, has yet to issue any statement about the incident.
Hundreds of IS militants have been killed by Afghan and NATO-led RS forces in eastern provinces, especially in the restive Achin district which has been regarded as IS stronghold in Afghanistan.