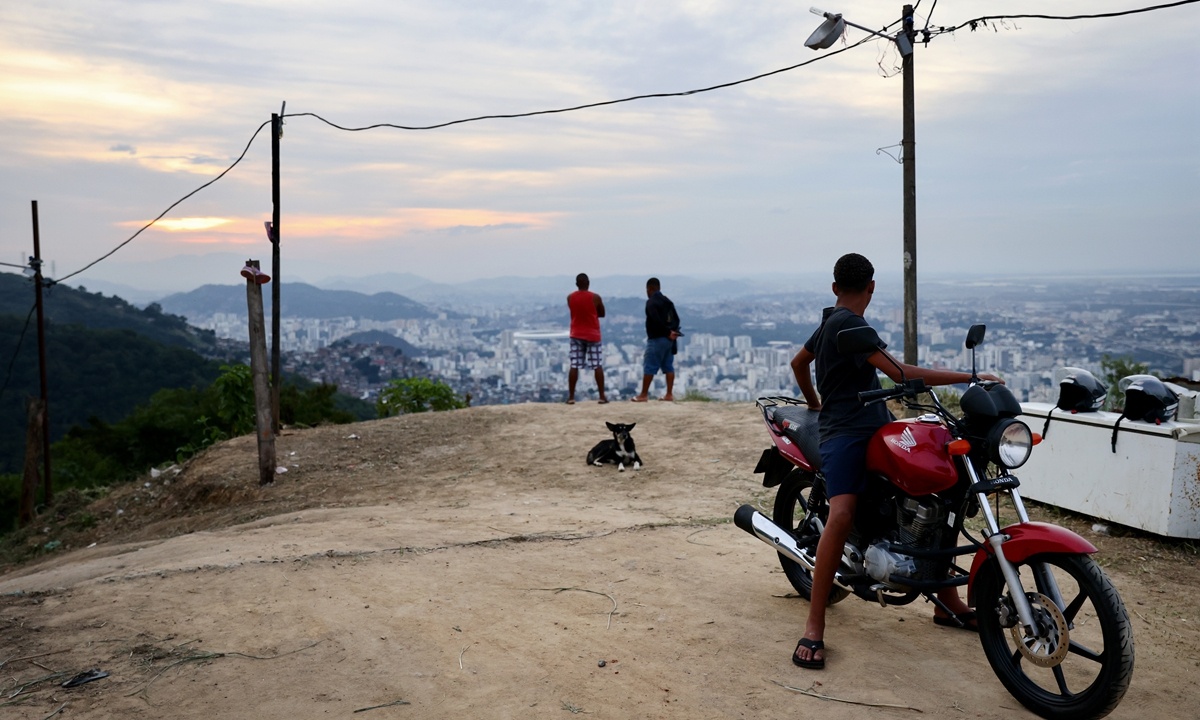 People gather in the Prazeres favela community amid the COVID-19 pandemic on May 23, 2021 in Rio de Janeiro, Brazil. (Photo: VCG)

The worst drought in nearly a century to hit two key regions in Brazil is wreaking havoc on hydroelectric dams and crops - and threatening the nascent pandemic recovery of Latin America's biggest economy.

Months of sparse rain have shrunk rivers, left their banks cracked and parched, and reduced normally sprawling reservoirs to webs of puddles across Brazil's southeast and central-west.

The dry spell in this large, economically crucial swathe of the country is hurting two important sectors: hydroelectric power, which Brazil depends on for nearly two-thirds of its electricity capacity, and agriculture, which has been driving its recovery from the economic rout brought by COVID-19.

And there is no sign rain is coming: The southern hemisphere winter is typically dry in both regions. Experts say the drought in the south is mainly caused by La Nina, the cyclical cooling of Pacific Ocean surface temperatures.

The drought is hitting output at Brazil's hydroelectric dams, most of which are located in the two regions.

Average water levels in the affected dams' reservoirs have fallen by more than 30 percent.

Last week, the National Water and Sanitation Agency (ANA) declared a "critical shortage of water resources," effective until November, for the Parana river basin, the heart of Brazil's hydroelectric capacity.

The move allows the agency to temporarily change water rights regulations, though it said it did not expect to implement rationing for human consumption or irrigation "for the time being."