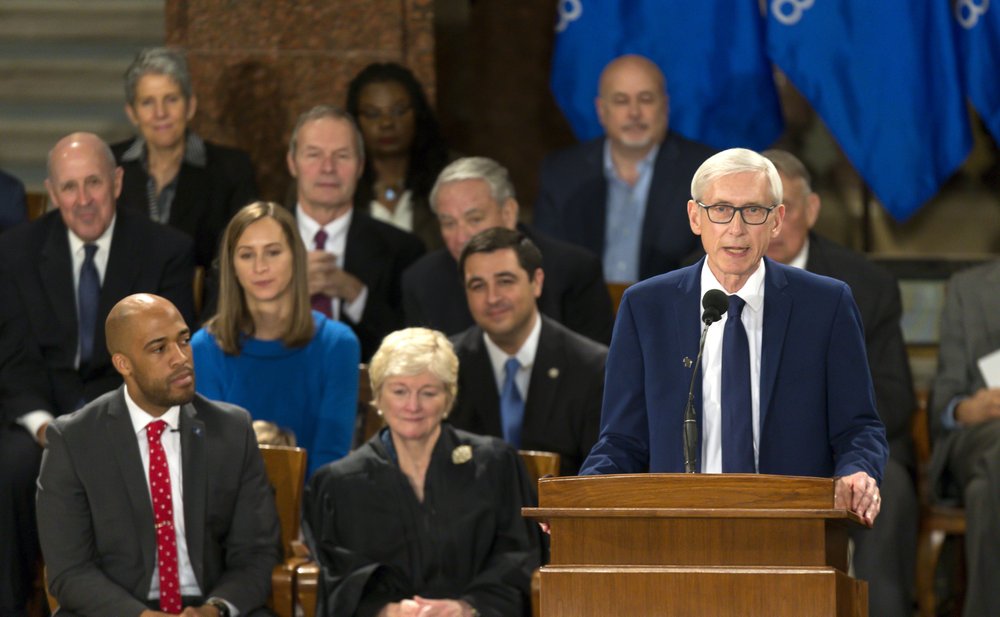 Wisconsin Gov. Tony Evers addresses the audience after Evers was sworn in during the inauguration ceremony at the state Capitol in Madison, Wisconsiin on January 7, 2019. For the first time in nearly a decade, a handful of Republican lawmakers pushing for Wisconsin to join the rest of the country and criminalize first-offense drunken driving have an ally in the governor's office. On paper it might look like a can't-miss bipartisan initiative, but it's not that easy in a state where drinking is ingrained in popular culture. (Photo: AP)

Wisconsin is the only state in the nation that doesn’t treat a first offense as a crime. Instead it’s a traffic ticket.

The push to criminalize a first offense might look like a can’t-miss bipartisan initiative, especially after Utah dropped its legal limit to 0.05 percent in December. But Republican leaders wary of crossing the state’s powerful tavern league and saddling first offenders with a criminal record say the plan is a non-starter.