Dubai International Airport saw the coronavirus pandemic push passenger traffic down by an unprecedented 70% in 2020 compared to the previous year, its CEO announced Monday, even as the airport held onto its prized title as the world’s busiest for international travel. 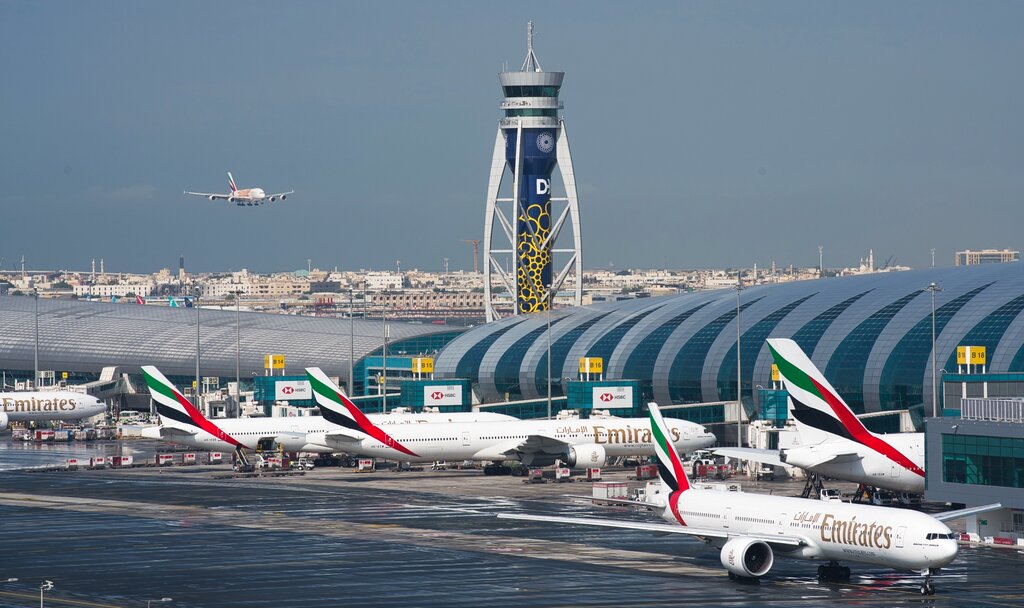 In this Dec. 11, 2019 file photo, an Emirates jetliner comes in for landing at Dubai International Airport in Dubai, United Arab Emirates. The airport saw the coronavirus pandemic push passenger traffic down by an unprecedented 70% in 2020, its CEO announced Monday, Feb. 15, 2021, even as the airport held onto its prized title as the world's busiest for international travel. (Photo: AP)

While the key east-west transit point started to see an uptick in traffic after long-haul carrier Emirates resumed its routes last summer, the airport’s 2020 passenger load of 25.9 million is still a trickle compared to 2019. Airlines slashed their schedules and flights declined by more than 50%.

For months as the travel industry collapsed worldwide, Dubai’s massive airport, which saw 86.4 million passengers in 2019, became a ghost-town of shuttered shops. One of its two main terminals shut down.

“It was very, very dramatic," Paul Griffiths, CEO of Dubai Airports, told The Associated Press. “And of course, we had to respond in a very dramatic way to keep our liquidity.”

The airport slashed its workforce from 8,000 to 3,000, Griffiths said, with front-line service and maintenance staff taking the biggest hit.

But recovery gained momentum in December as the city promoted itself as a pandemic-friendly vacation spot for tourists fleeing tough restrictions back home. In December alone, passenger volumes surpassed industry expectations at 2.19 million, the airport said. Israelis flocked to the United Arab Emirates after a breakthrough normalization deal and lockdown-weary travelers poured in to celebrate the holidays and New Year’s Eve at crowded bars and luxury hotels.

Underpinning Dubai’s reopening since last July has been an aggressive coronavirus testing campaign, with visitors welcome from anywhere as long as they get tested on arrival and in many cases before departure.

Now, Griffiths said, the airport is betting that a swift rollout of coronavirus vaccines will be the “overriding key to getting the world traveling again.” The UAE has launched the world’s second-fastest coronavirus vaccination drive, with over 50 doses administered per 100 residents as of Monday.

To spur international tourism in the coming months, Griffiths envisions travel corridors or “bubbles” between states with the fastest inoculation campaigns, such as the UAE, Israel and Britain, allowing travelers from those countries to freely visit.

“Once we get to a point where every country feels like it's got a significant number of people vaccinated, then confidence in travel will re-emerge,” he said.

Despite signs of life, and vaccines offering a glimmer of hope, the industry's outlook remains uncertain. Although overall demand is expected to rise this year, airlines are showing caution on international routes. Wide-body jets used for long-haul flights, like Emirates’ iconic fleet of double-decker Airbus A380s, stand idle. Satellite images show dozens of A380s parked at Dubai World Central, the Gulf city’s second airport that went out of use for commercial flights during the pandemic.

Vaccination campaigns have sputtered worldwide and concerns have risen over more transmissible virus variants. Changing quarantine requirements across the world have thrown itineraries into disarray, at times stranding travelers overseas.

Meanwhile, the UAE is struggling with a major surge in coronavirus cases, prompting countries to halt flights to Dubai and the city's government to impose new restrictions on entertainment activities. The United Kingdom banned all direct flights to Dubai last month, freezing the world’s busiest international air route and costing the airport hundreds of thousands of passengers monthly, according to Griffiths. London was ranked as the top destination city for Dubai’s airport last year, with 1.15 million customers.

Although Dubai came under criticism for keeping its doors open even as virus variants coursed across the globe, Griffiths rejected “any correlation between airport closures and infection rate,” insisting that “people with a potential for infection have been stopped from entering the country." 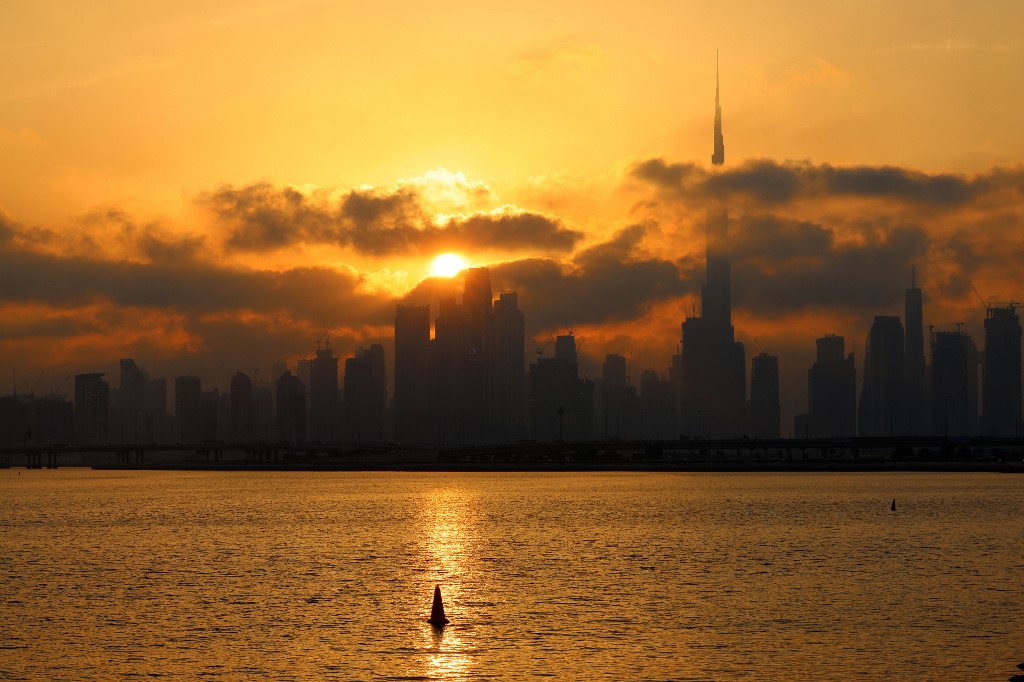 This picture taken on February 13, 2021 shows a view of the skyline of downtown Dubai with Burj Khalifa, at sunset. (Photo: AFP)

Dubai International Airport first surpassed London Heathrow as the world’s busiest airport for international traffic in 2014. It has retained the crown ever since, with some 90 airlines flying into the commercial entrepot. Heathrow, hit hard by the pandemic, logged just 22.1 million passengers last year and said it was overtaken as Europe’s busiest hub by Charles de Gaulle Airport in Paris.

For Dubai, a sheikhdom of skyscrapers in the UAE, the resumption of long-haul air travel is built deeply into its business interest. Emirates remains the linchpin of the wider empire known as “Dubai Inc.,” an interlocking series of businesses owned by the city-state.

Griffiths was reluctant to give a timeline for the airport's recovery, acknowledging it may be halting.

“Things are going to be tough for a while," he said. “But I think in the the long term there is cause for optimism, but exactly when the recovery will really gain pace and manifest itself in significant volumes of people wanting to fly again really depends.”