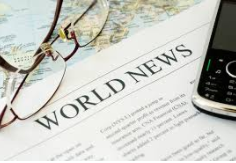 A Dubai court on Sunday sentenced a 61-year-old British journalist to 10 years in jail followed by deportation for bludgeoning to death his wife with a hammer last summer, local media reported.

The Dubai Court of First Instance modified the main charge against Francis Matthew from premeditated murder to “beating which led to death” of fellow Briton Jane Matthew, also in her 60s, Gulf News said, citing a judgment sheet.

Matthew - who was editor-at-large at prominent regional English-language daily Gulf News at the time of his arrest - was not present at the court to hear the verdict, which remains subject to appeal within 15 days, the newspaper reported.

In a previous hearing in February, his lawyer was quoted by local media as saying that Matthew had a moment of “temporary insanity” when he hit his wife with a hammer to the head during a row about financial problems.

Jane Matthew’s brother said in a statement issued after Sunday’s court session that the family was disappointed with the sentence.

“We feel that justice has not yet been done as we realize that the actual sentence served may be less than the 10-year sentence. We hope that this sentence is changed on appeal,” Peter Manning was quoted as saying by another United Arab Emirates newspaper, The National.

Francis Matthew served as editor of Gulf News from 1995 to 2005 before becoming editor-at-large, The National said, adding that he had been married to his wife for more than 30 years.