Duke University has apologized to Chinese overseas students after a professor sent them an email saying they should speak English "100% of the time" in a "professional setting'' on campus. 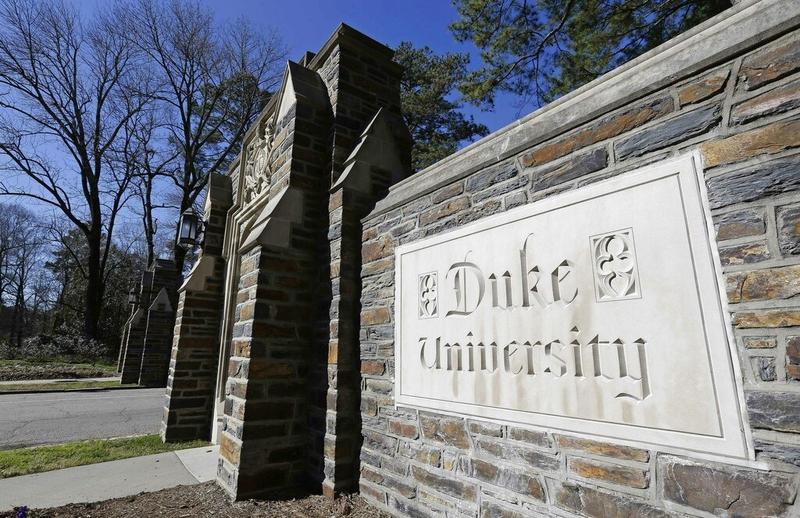 Megan Neely stepped down as head of the master of biostatistics program at the university's School of Medicine and apologized for the email she sent on Friday. Neely remains an assistant professor at the school in Durham, North Carolina. The dean of Duke University's medical school also apologized.

The email sparked a swift backlash from students, including a group of Chinese graduate students who called on the university to set up "an independent committee to conduct a full-scale investigation into the incident".

Duke University's Asian Student Association and Duke's International Association called the emails "discriminatory" and met on Monday to discuss them.

"This behavior is not only hypocritical — given Duke's dependence on international students and faculty for their undergraduate and graduate programs, desire to present itself as a global university and partnership with Duke Kunshan University — but also discriminatory," a spokesman for the association said.

One user wrote: "This professor is typically racist and it's ridiculous."

"I feel so sad for those international students," another wrote.

One Weibo user said: "It's shameful for a great university like Duke."

"I deeply regret the hurt my email has caused," Neely wrote on Sunday. "It was not my intention. Moving forward, it is my sincerest wish that every student in the Master of Biostatistics program is successful in all of their endeavors."

Neely had sent the original email to all first- and second-year students in the graduate program with the subject line "something to think about".

She said that two faculty members had complained that they had overheard international students speaking Chinese "VERY LOUDLY" in a student study area.

"They were disappointed that these students were not taking the opportunity to improve their English and were being so impolite as to have a conversation that not everyone on the floor could understand," she wrote in bold letters.

She said that the faculty members had asked to see photos of the graduate students to "remember them if the students ever interviewed for an internship or asked to work with them for a master's project".

"To international students, PLEASE PLEASE PLEASE keep these unintended consequences in mind when you choose to speak Chinese in the building," Neely wrote in her email.

"I have no idea how hard it has been and still is for you to come to the US and have to learn in a non-native language. As such, I have the upmost (sic) respect for what you are doing.

"That being said, I encourage you to commit to using English 100% of the time when you are in Hock [Plaza] or any other professional setting."

Misty Sha, a graduate of Duke University, told China Daily: "I was quite disappointed when I first heard about it. Previously, when people asked me why I like and am proud of Duke, I'd say it's the diversity it holds.

"As a Chinese student, I am very disappointed that my alma mater would act in such an inappropriate way towards students who share the same backgrounds with me. At the same time, I am even questioning the previous impressions I had on Duke. As international students, talking with friends from our own countries in our native languages should be something totally normal and correct."

Keith Lawrence, Duke University's executive director of news and communications, told China Daily that Neely and Professor Elizabeth Delong, the chair of Biostatistics and Bioinformatics, had both apologized.

"We very much value our international students and their contributions to our program and we recognize that the message that was sent Friday was not appropriate," they wrote in an email. "Although it was not meant to be hurtful, it came out that way and was clearly in error…Please accept our sincerest apologies. Megan and Liz."

It wasn't the first time that Neely has sent an email to Chinese students asking them to speak English; she sent one in February 2018.

Then Neely wrote: "I don't like being the language police, but I have gotten these comments enough times in the past few weeks that I feel like I should share them with you.

The school said there are 2,256 Asian students enrolled at the university; it did not give a breakdown on the number of Chinese students.

Chinese nationals are the largest group of foreign students in the US. Figures from the State Department show that there were 363,000 Chinese students enrolled in colleges and universities in the US in the 2017-18 academic year, accounting for 30 percent of about 1.09 million international students. They contribute $8.9 billion to the American economy, according to the US Commerce Department.

In 2013, Duke University founded the Duke Kunshan campus, an undergraduate program in partnership with Wuhan University and the city of Kunshan in Jiangsu province.