Cities across the Netherlands were calmer on Tuesday after three nights of rioting against a coronavirus curfew as authorities vowed to crack down on the unrest, blaming "scum" for the looting and arson and deploying a huge police presence on the streets. 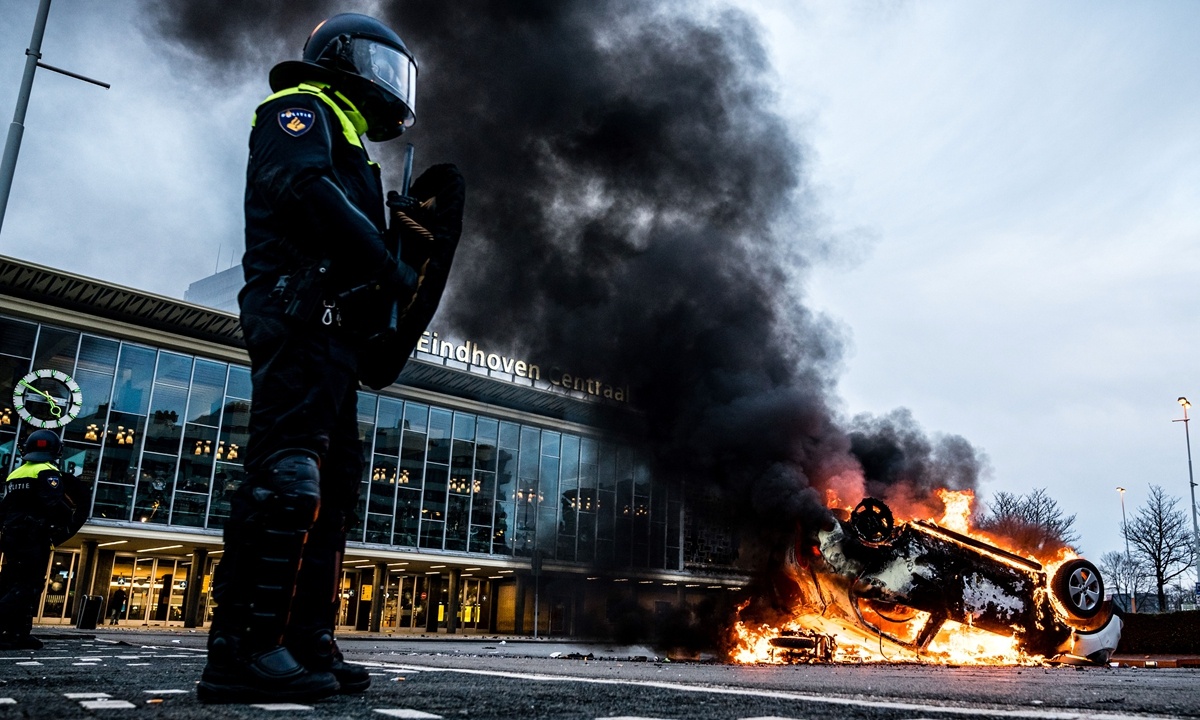 A car was set alight in front of the train station on Sunday in Eindhoven, the Netherlands after a rally by several hundreds of people against the coronavirus policy. Photo: AFP

There were no major incidents reported in either Amsterdam, Rotterdam or The Hague, where previous clashes had left a trail of looted shops, smashed windows and burned cars in the worst unrest the country has seen in decades.

A large crowd of young men gathered briefly and set off fireworks in Amsterdam late Tuesday, and 33 were arrested in the port city of Rotterdam for vandalism or breaking the curfew, police said, but no serious incidents were reported.

At least 400 people have now been arrested after the Netherlands imposed its first nationwide curfew since World War II.

Several cities had granted police extra powers amid reports that fresh protests were being organized on social media against the 9 pm to 4:30 am curfew.

"Scum does this," he added.

Justice Minister Ferd Grapperhaus also said the government would keep the curfew in place. It is expected to last until at least February 9, in what the government says is a vital step to bring down COVID-19 cases.

Police unions called it the worst rioting in four decades, when evictions from illegally occupied buildings sparked clashes with squatters in the 1980s.

Dutch police chief Henk van Essen condemned the violence, saying "it has nothing to do any longer with the right to demonstrate."

The government announced the curfew last week and it was supported by a majority of MPs.

The protests began on a small scale on Saturday night, with a single riot in the northern village of Urk in the conservative protestant "Bible Belt."

However, on Sunday they spread, with police using water cannon, tear gas and horses against rioters in the southern city of Eindhoven and in Amsterdam.