Dutch leader to visit Trump for talks on trade, defense 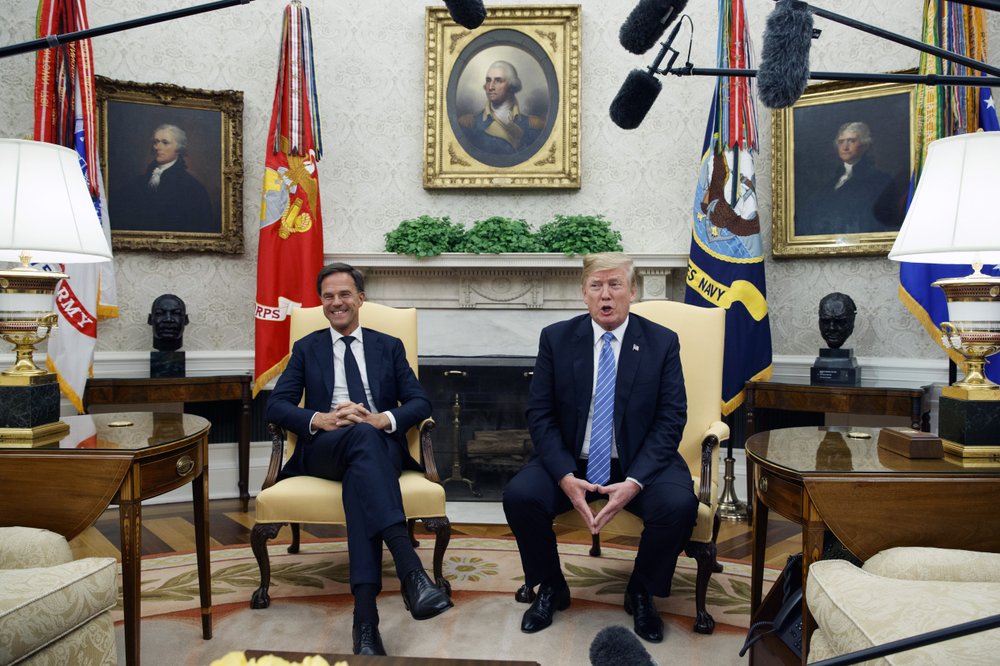 Dutch Prime Minister Mark Rutte is visiting US President Donald Trump next week, but said Friday he can’t yet give the president a response to American requests for assistance in Syria and the Strait of Hormuz.

Rutte will meet Trump at the White House next Thursday to discuss bilateral relations, international trade and defense and security cooperation, the Dutch government announced.

But Rutte said the visit comes too soon for him to say whether the Netherlands will agree to US requests for assistance in Syria and the Gulf, because his government is still discussing them.

“I can’t have a conversation with the American president about it if the procedures in the Netherlands have not been completed,” Rutte said. “So that is not a point we are putting on the agenda.”

He said that if Trump raises the issue, “I will tell him we are carefully evaluating it.”

Last month, acting US Defense Secretary Mark Esper said after a meeting in Brussels that NATO allies gave him no firm commitments that they will participate in a global effort to secure international waterways against threats from Iran.

Since then, Dutch media, citing unnamed sources, have reported that the government in The Hague is considering sending a frigate to the Gulf. Rutte declined to give details of possible Dutch involvement, saying no decision has been made.

The chairman of the US Joint Chiefs of Staff, Marine Gen. Joseph Dunford, said Tuesday that Washington will move ahead with plans to build a coalition of nations to monitor and deter Iranian threats against commercial shipping in the Persian Gulf area and in a busy waterway between the Arabian Peninsula and the Horn of Africa.

Dunford said the Pentagon has developed a specific plan, and that he believes it will be clear within a couple of weeks which nations are willing to join the effort.

The initiative was triggered last month by Trump administration concerns that Iran was behind recent attacks on commercial ships in the Persian Gulf region.

The Dutch government said that during Rutte’s visit to the White House, the owners of an American flag that was flown on the stern of the boat that led the first US troops onto Utah Beach on D-Day will present it ceremonially to the American people.

Dutch businessman and art collector Bert Kreuk bought the flag for $514,000 at an auction in Dallas in 2016.