The 9 pm curfew imposed by the Dutch government and ruled illegitimate by a court on Tuesday remains in place after Prime Minister Mark Rutte's cabinet appealed the ruling. 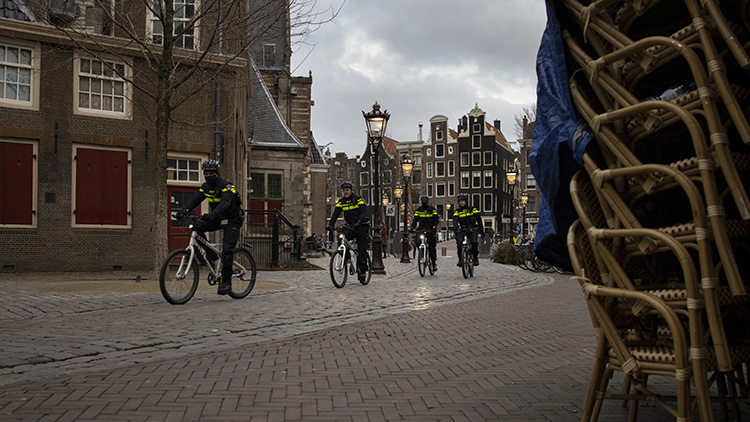 The curfew will be upheld until the outcome of the government's appeal is known on Friday. Rutte defended the curfew in spite of the court's decision, asking "everyone in the country to keep to the curfew."

"The good news is that the curfew will remain in place. It's of importance because we're facing the rise of the English virus. We're very worried about it," he was reported saying in reaction to the court ruling.

Jaap van Dissel, the country's leading infectious diseases official, testified to the urgency of the measure, maintaining the curfew should be kept in place to contain the virus. Cases have been steadily decreasing in the Netherlands, but more than two-thirds of new cases involve the COVID-19 variant first found in the UK, as reported by the National Institute for Public Health (RIVM) on Tuesday.

The Court of Justice in The Hague ordered the Dutch government to lift the curfew immediately on Tuesday, saying it lacks proper legal basis.

According to the court, the curfew represents a violation of people's rights to freedom of movement and privacy and its enforcement was unjustified, as infection rates were already dropping in the country when the curfew came into force.

The state filed a so-called urgent "turbo" appeal, asking to suspend the court order and maintain the curfew until the final appeal ruling next Friday. Shortly after the appeal hearing began at 4 pm local time, the session degenerated into an argument between the judge and the anti-lockdown protest group Viruswaarheid, or Virus Truth.

The government asked for the judges hearing the appeal to be replaced, accusing them of not being impartial. After which, the session was adjourned but the court later rejected the state's request. 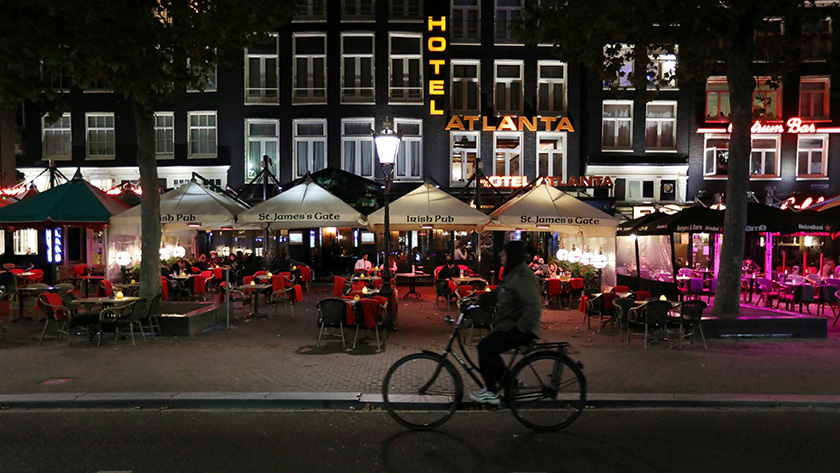 People sitting on terraces before they closed following the COVID-19 restrictions imposed by the Dutch government in October 2020.

The curfew, which dictates that people must stay indoors between 9 pm and 4:30 a.m. unless they have a valid reason to be outside, was imposed by the Dutch cabinet using emergency powers – passing the exceptional measure without going through the normal legislative process of consulting the Senate and the House of Representatives.

"The curfew is based on a law for emergency situations, where there is no time for debate with parliament," the court said. "There was no such pressing need in this case. Far-reaching measures such as these need to be based on proper laws." 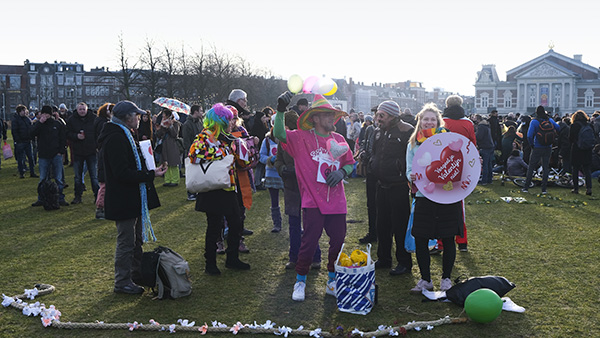 People gather on Museum Square in Amsterdam to protest against COVID-19 restrictions in the Netherlands.

The judge ruled that there was no special urgency to the measure as the COVID-19 situation wasn't a new emergency in the Netherlands and the possibility of a curfew had been previously discussed.

It is not clear yet what will happen regarding thousands of fines already administered by the Dutch police to those who broke the nighttime curfew in the past few weeks.

The court ruling is a blow to the government, which last week had extended the curfew until March 2, and a success for the anti-lockdown group Viruswaarheid, which claimed the curfew was an unjustified limitation of personal freedom. 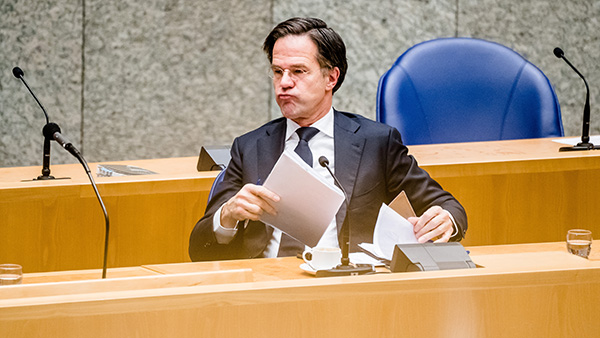 Prime Minister Mark Rutte and his cabinet resigned following a child welfare fraud scandal. They have stayed on in a caretaker role to tackle the pandemic until parliamentary elections in March.

Anti-lockdown protests swept the country for three days after the introduction of the curfew in January, the first in the Netherlands since Nazi occupation during World War II, with police using water cannon and tear gas against protesters in Amsterdam, Rotterdam and Eindhoven.

Willem Engel, founder of the Viruswaarheid group, has on social media described the current situation in the Netherlands as a "dictatorship" and has spread conspiracy theories about the government's COVID-19 measures, which he claims are part of a plan to reprogram the Dutch population. 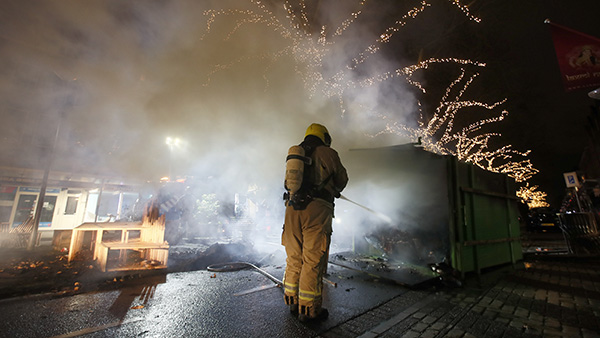 A firefighter extinguishes a a container that was set alight during protests against a nationwide curfew in Rotterdam, Netherlands, on January 25, 2021, two days after the curfew was extended until March 2.

In a reaction to Tuesday morning's ruling, Prime Minister Rutte said lifting the curfew will have "serious consequences." The PM requested that citizens continue to respect it as long as the legal situation is unclear.

The legal status of the curfew is now uncertain. People are expected to go outside tonight after 9 pm, either to celebrate or to demonstrate against the fact that the curfew is maintained. In any case, it's a highly embarrassing situation for the Dutch caretaker government, and today's quarrel leaves the curfew in legal limbo.