Philippine's President Rodrigo Duterte has slammed the US for treating his country as "bait" in flaring war with China over the South China Sea. 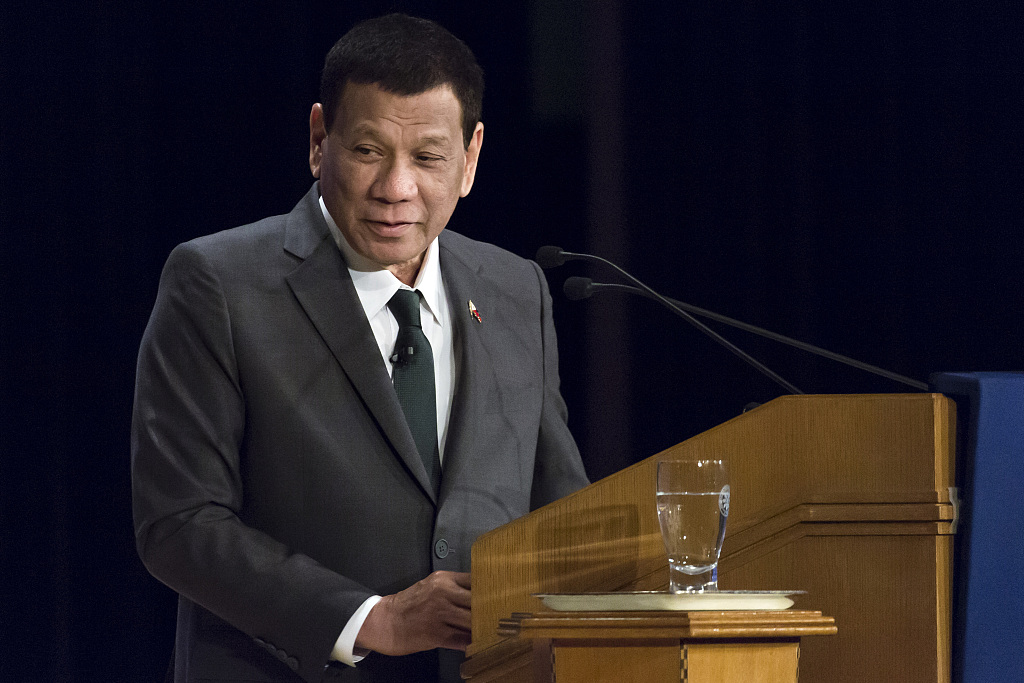 Philippine President Rodrigo Duterte delivers a speech during the 25th International Conference on The Future of Asia on May 31, 2019 in Tokyo, Japan. (File photo: VCG)

Speaking at an event in Leyte, central Philippines on Friday, Duterte said the Philippines will not fight China over the territorial dispute in the waters and blamed the US for "egging" the Philippines.

"Now, I said the US should send their attack aircraft and warships to China and fire the first shot and we'll position at the back. Go ahead, go to war and let's see who will be defeated," local media Philstar reported, citing Duterte.

"They said we have a US-RP pact. Okay. Let America declare the war. Let them assemble all their armaments there in the South China Sea. Fire the first shot and I'll be glad to do the next," he added, referring to the 1951 Mutual Defense Treaty.

China has asserted its sovereignty over the South China Sea on the basis of historical facts, while Southeast Asian countries also claim the islands in the water.

China and the Philippines' relationship deteriorated in 2013 after the previous Aquino government filed the South China Sea arbitration tribunal against China.

The two countries decided to handle their differences and improve bilateral relations during Duterte's visit to Beijing in 2016. During Chinese President Xi Jinping's visit to Manila in 2018, the two countries agreed to elevate their ties into a "comprehensive, strategic cooperation."

Duterte has been under fire over his refusal to confront China over the dispute. But he has reiterated that his country does not want to go to war with China as some countries try to create friction and prompt conflict.

Last year, he said on the sideline of the ASEAN summit in Singapore that conflicts over the South China Sea could best be settled through talks between China and ASEAN (Association of Southeast Asian Nations), without the US and its allies turning up the heat through displays of force under the name of "freedom of navigation exercises."

Referring to the US, he said, "why do you have to create frictions… that will prompt a response from China?"

He warned if a war erupts in the South China Sea, the Philippines would be "the first to suffer."