The world could enter an irreversible "hothouse climate" if the global average temperature increases by 1 degree Celsius, a study has found. 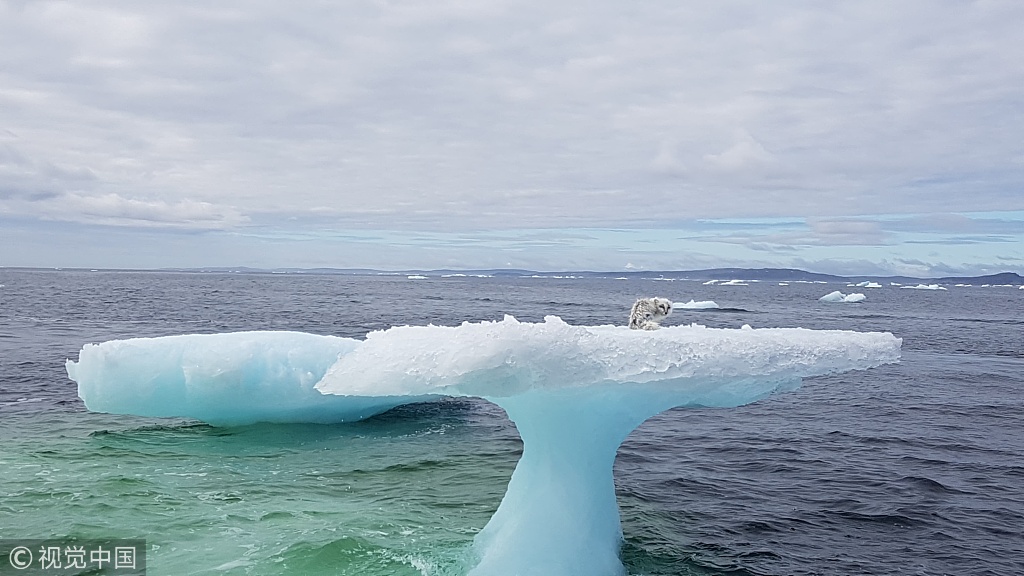 An Arctic fox is stranded on a teetering iceberg in Labrador, Canada, on June 25, 2018. (File photo: VCG)

The international study, led by researchers from the Australian National University (ANU), revealed that Earth's climate was approaching a tipping point after which temperatures would continue to rise even if human emissions ceased.

Will Steffen, the lead author from ANU, said that, if achieved, the "hothouse" climate could lead to temperatures 5 degrees Celsius higher than pre-industrial levels and sea levels rising.

"The current efforts by nations, which are not sufficient to meet the emission-reduction targets set in the Paris Agreement a few years ago, are unlikely to help us avoid this very risky situation, where many parts of the planet could become uninhabitable for humans," Steffen said in a statement on Tuesday.

"Human emissions of greenhouse gas are not the sole cause of temperature changes on Earth.

"Our study indicates that human-caused global warming of 2 degrees Celsius may trigger other Earth System processes, often called feedbacks, that can trigger further warming - even if we stop emitting greenhouse gases."

Researchers from Australia, Sweden, Denmark, Belgium, Germany, the United States, Britain and the Netherlands participated in the study, considering feedbacks from 10 natural processes.

"The real concern is these tipping elements can act like a row of dominoes. Once one is pushed over, it pushes Earth towards another. It may be very difficult or impossible to stop the whole row of dominoes from tumbling over," Steffen said.

Researchers urged countries to work together to "greatly accelerate the transition towards an emission-free world economy."

"If the threshold is crossed, the resulting trajectory would likely cause serious disruptions to ecosystems, society, and economies," the study said.

"Collective human action is required to steer the Earth system away from a potential threshold and stabilise it in a habitable interglacial-like state."