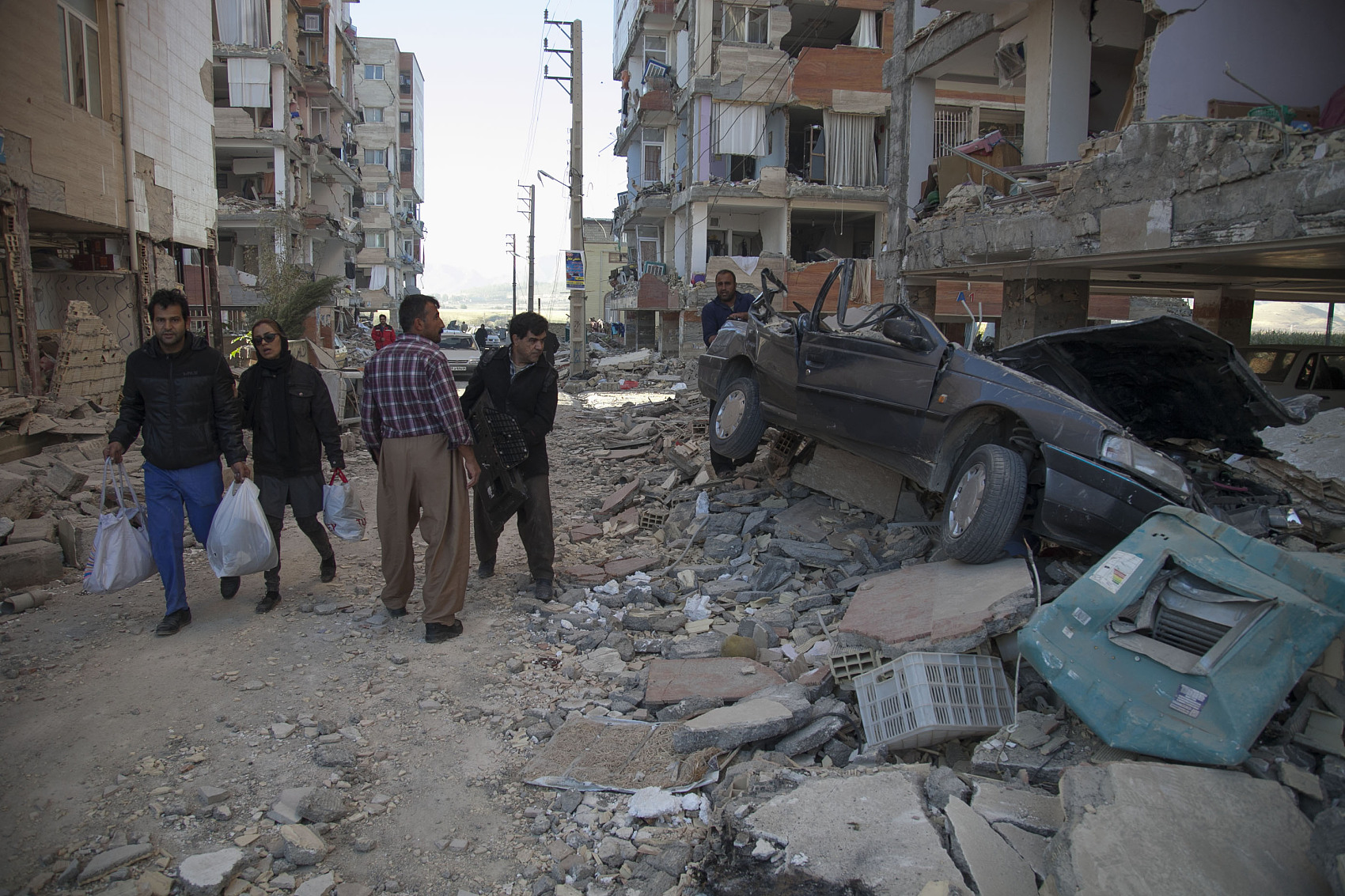 Residents look at the damage following a 7.3-magnitude earthquake in Sarpol-e Zahab in Iran's western province of Kermanshah on November 13. （Photo: VCG）

Cairo (People's Daily) - Iranian State television said more than 336 people were killed in Iran and at least 3,950 were injured. Local officials said the death toll would rise as search and rescue teams reached remote areas of Iran. At least six have died in Iraq as well, 68 wounded. 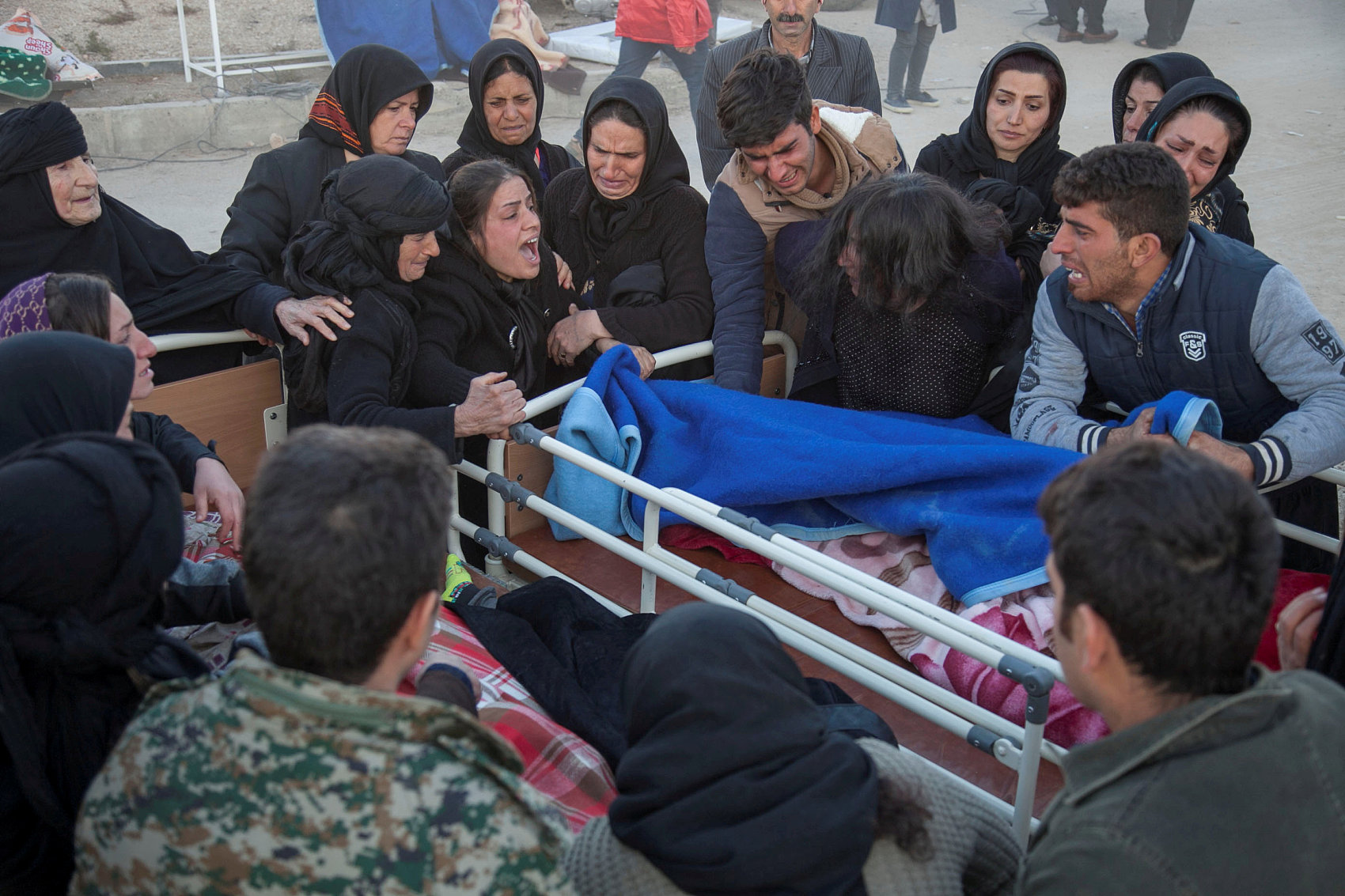 People react next to a dead body following an earthquake in Sarpol-e Zahab county in Kermanshah, Iran November 13. (Photo: VCG)

On the Iraqi side, officials in Iraq reported that at least six people had died and 50 injured, where people fled into the streets in the capital, Baghdad.

"I was sitting with my kids having dinner and suddenly the building was just dancing in the air," a Baghdad mother-of-three, Majida Ameer, told Reuters. "I thought at first that it was a huge bomb. But then I heard everyone around me screaming: 'Earthquake!'"

The most extensive damage was in the town of Darbandikhan, 75km east of the city of Sulaimaniyah in the Kurdistan Region. "The situation there is very critical," Kurdish Health Minister Rekawt Hama Rasheed told Reuters.

The Iranian seismological centre registered around 50 aftershocks and said more were expected. Iranian Interior Minister Abdolreza Rahmani Fazli said some roads were blocked and were worried about casualties in remote villages. The Iranian armed forces have been deployed to help the emergency services. 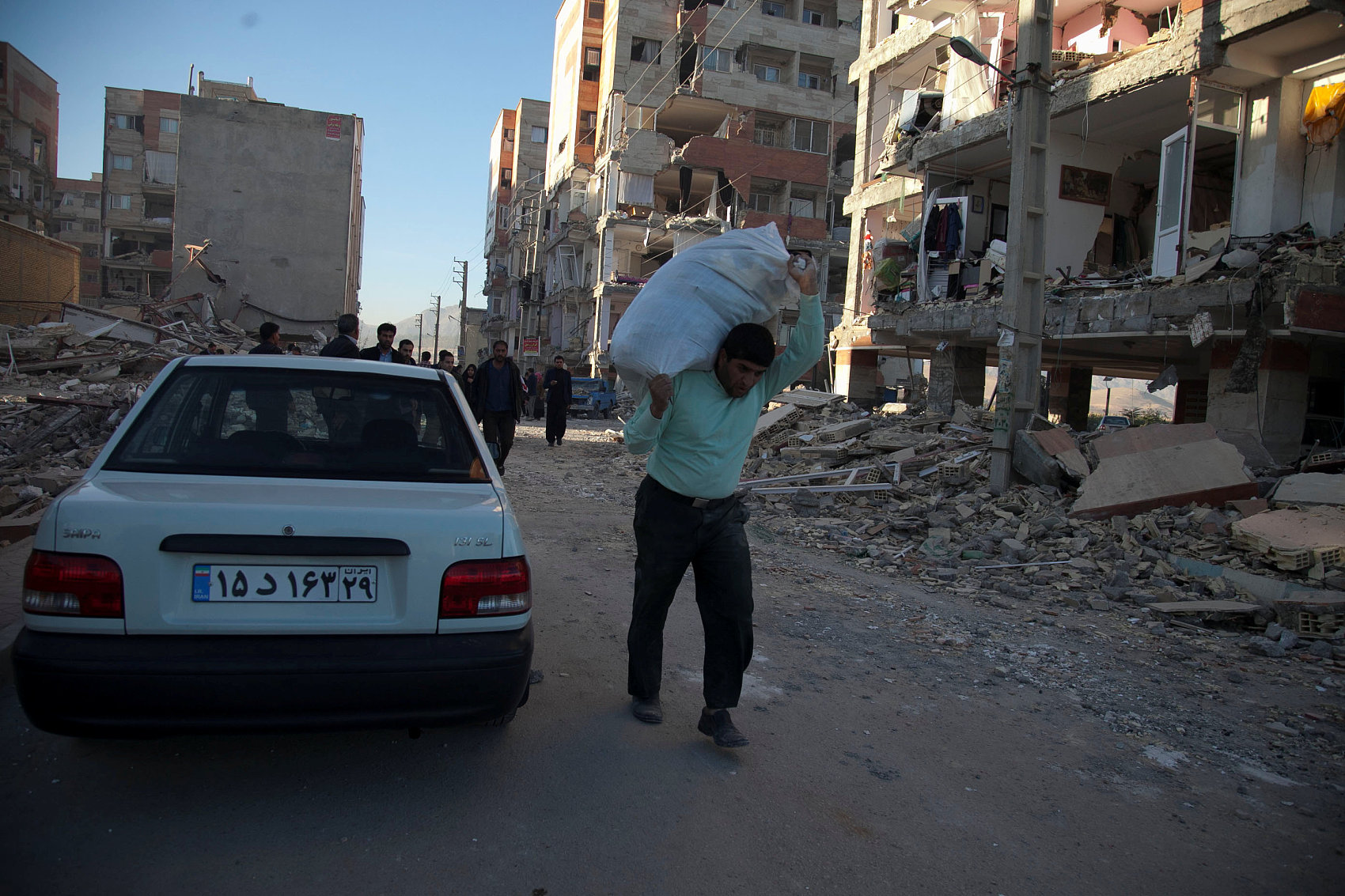 Electricity was cut off in several Iranian and Iraqi cities, and fears of aftershocks sent thousands of people in both countries out onto the streets and parks in cold weather.

The quake hit at 21:18 local time about 30km southwest of Halabja, near the northeastern border with Iran, the US Geological Survey (USGS) said.

It occurred at a depth of 33.9 km, and tremors were felt in Turkey, Israel and Kuwait, Armenia, Saudi Arabia, and the United Arab Emirates.

Iran is one of the most seismically active countries in the world, being crossed by several major fault lines that cover at least 90% of the country. As a result, earthquakes in Iran occur often and are destructive.

The deadliest quake in Iran's modern history happened in June 1990. It destroyed the northern cities of Rudbar, Manjil, and Lushan, along with hundreds of villages, killing an estimated 37,000 people. Bam in the country’s southeastern province of Kerman witnessed a strong quake in December 2003 which killed 31,000 people.