The death toll from an outbreak of Ebola in eastern Democratic Republic of Congo has risen to 75, the health ministry said Monday. 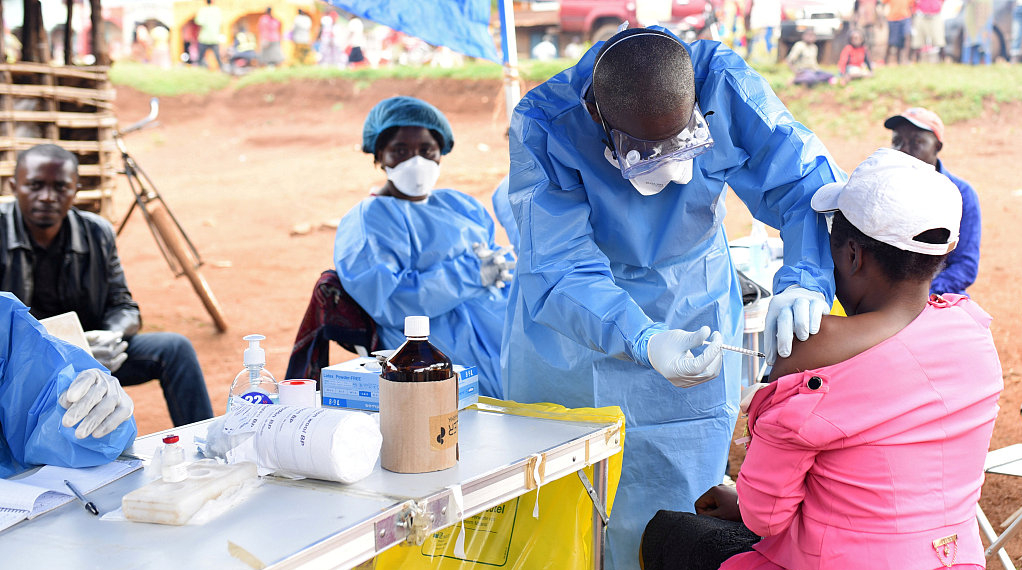 A Congolese health worker administers Ebola vaccine to a woman who had contact with an Ebola sufferer in the village of Mangina in North Kivu province of the Democratic Republic of Congo, August 18, 2018.

"In all, 111 cases of hemorrhagic fever have been reported in the area," it said.

The ministry said it recorded 47 deaths among 83 confirmed cases, plus another 28 likely due to Ebola, most of them occurring before the authorities declared an epidemic on August 1.

No new cases have been reported since Sunday when the death toll was given as 67.

The latest outbreak of Ebola is in North Kivu province where armed groups are active.