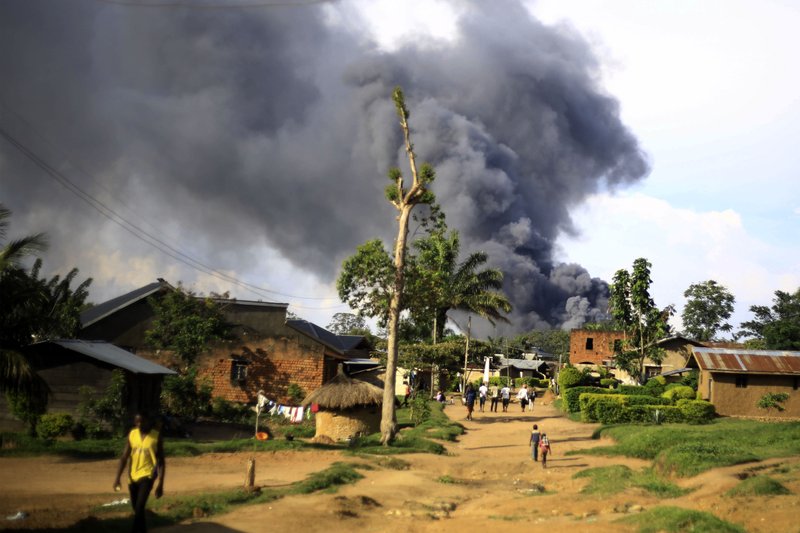 Ebola responders are on lockdown in the eastern Congo city of Beni after angry residents attacked a United Nations base to protest repeated rebel assaults, the World Health Organization said Tuesday. At least four protesters were killed, a local official said.

Every day that health workers don’t have full access to Ebola-affected areas is a “tragedy” that prolongs the second-worst Ebola outbreak in history, WHO director-general Tedros Adhanom Ghebreyesus said on Twitter.

Almost 50 “non-critical” staffers with the UN health agency were evacuated to the city of Goma while 71 remain, spokesman Christian Lindmeier said. He said the violence is not directed at WHO or the Ebola response at large.

Instead, Beni residents are outraged that rebels continue to carry out deadly attacks despite the presence of UN peacekeepers and Congolese forces. Some demand that the UN mission act or leave.

The bodies of four young protesters were found near the UN base after Monday’s attack, Kumbu Ngoma with Beni’s military court told The Associated Press on Tuesday. Investigations continued into the cause of their deaths. Six Congolese soldiers were wounded by gunfire near the base, Ngoma added.

Congo’s President Felix Tshisekedi after an emergency meeting Monday decided to allow joint operations between Congolese and UN forces in Beni following the protests that also burned the town hall.

Congo’s military early this month declared a new offensive against Allied Democratic Forces rebels who have killed hundreds of civilians and security forces over the past few years in the mineral-rich northeast.

After the UN mission in recent days was accused of inaction, it said it could not carry out operations unilaterally in a region where Congo’s military is already active, and that it cannot participate in Congolese military operations without being invited.

Any unrest in the region where numerous rebel groups are active hurts crucial efforts to contain the Ebola outbreak. The number of reported cases has been dropping, with zero cases recorded on several days this month.

Congo’s president, heartened by the trend, said earlier this month he hoped that the outbreak could be ended “completely by the end of the year.” However, WHO says 42 days without new Ebola cases must pass since the last possible exposure to a confirmed case for an outbreak to be declared over.

More than 3,100 Ebola cases have been confirmed since this outbreak was declared in August 2018, including more than 2,100 deaths.

WHO has called the trend in the declining number of cases encouraging but said the recent days of protests in Beni and surrounding areas are of “grave concern.”