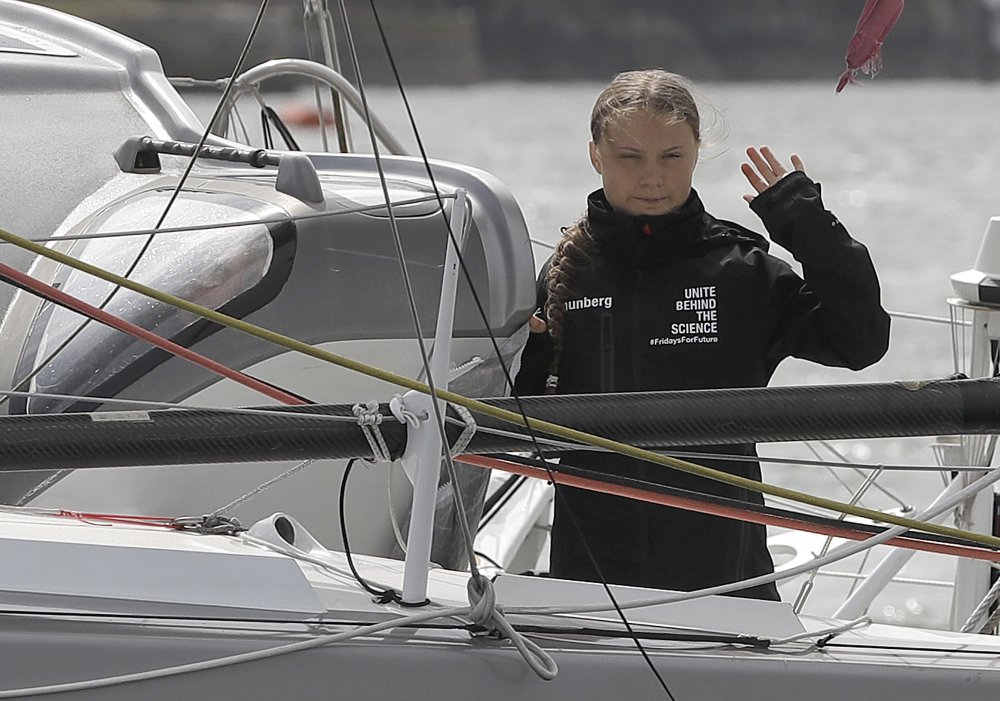 Eco-activist Greta Thunberg has set sail from the English coastline for New York as part of her campaign to pressure politicians to put climate change at the top of their agendas.

The Malizia II caught the wind mid-afternoon Wednesday and the sleek sailboat sped away from Plymouth on its two-week journey.

The16-year-old activist is hitching a ride on the high-tech yacht to attend the UN climate summits next month in New York and in Santiago, Chile, in December. She has decided to take a year off from school to travel.

The 60-foot (18-meter) yacht is outfitted with solar panels and underwater turbines to generate electricity, allowing Thunberg to make a zero-carbon trans-Atlantic journey.

Thunberg says there will be challenges ahead, such as seasickness, but that she is looking forward to the adventure.