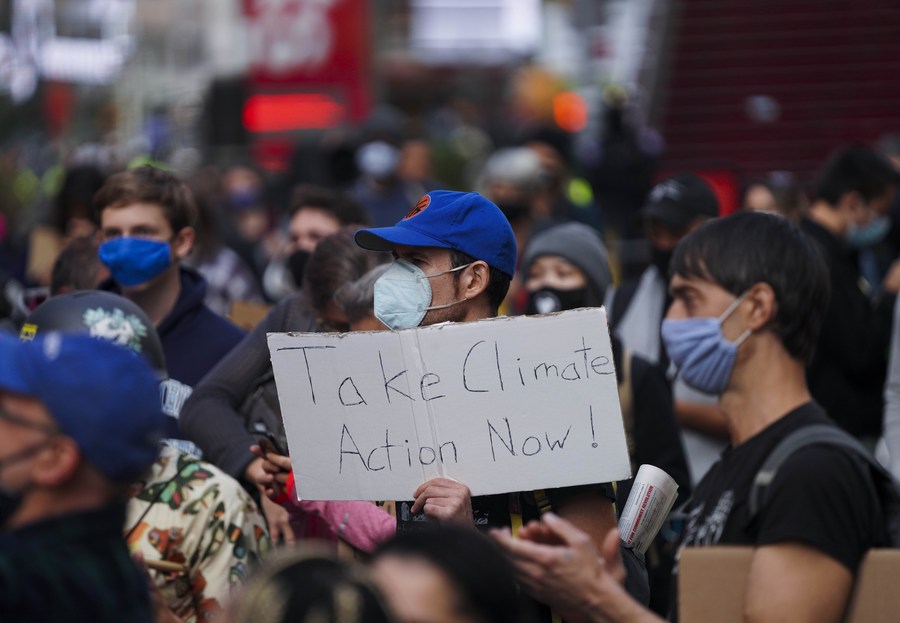 The world's economy, especially poorer countries, will pay the "highest price" if no action is taken on a global level, said Jerome Haegeli, also managing editor of a report published recently, during an interview with Xinhua on Monday.

Haegeli said his team concluded that the global economy might lose 10 percent of its global GDP by 2048 if temperatures rise at the current speed, with countries in the Global South more affected than in the North.

Countries in Southeast Asia such as Malaysia and the Philippines are "extremely vulnerable" to climate change, and could lose up to 46 percent of their GDP by the end of the century if temperatures increase by 3 degrees Celsius compared to the 1800s, said Haegeli.

These countries, with large population density along their coasts and situated in tropical regions, are "highly exposed" to temperature increase, according to the economist.

However, countries of the Northern Hemisphere, which stand to lose the less according to the report, should do more, he said.

"We have to do what is right globally," he said, stressing that developed countries should support the 100 billion USD Green Climate Fund to help developing countries weather the effects of rising temperatures.

Alarm signals have rung worldwide as the Intergovernmental Panel on Climate Change declared on Aug. 9 that the world will reach 1.5 degrees Celsius of warming by 2040.

Haegeli said that SwissRe's report was a realistic take that "we are behind" in terms of reducing greenhouse gas emissions and that "the Paris Agreement is far away."