QUITO, Oct. 4 (Xinhua) - Ecuador is gradually restoring order under the state of emergency declared to deal with chaos caused by the national transport strike, Minister of Defense Oswaldo Jarrin confirmed on Friday. 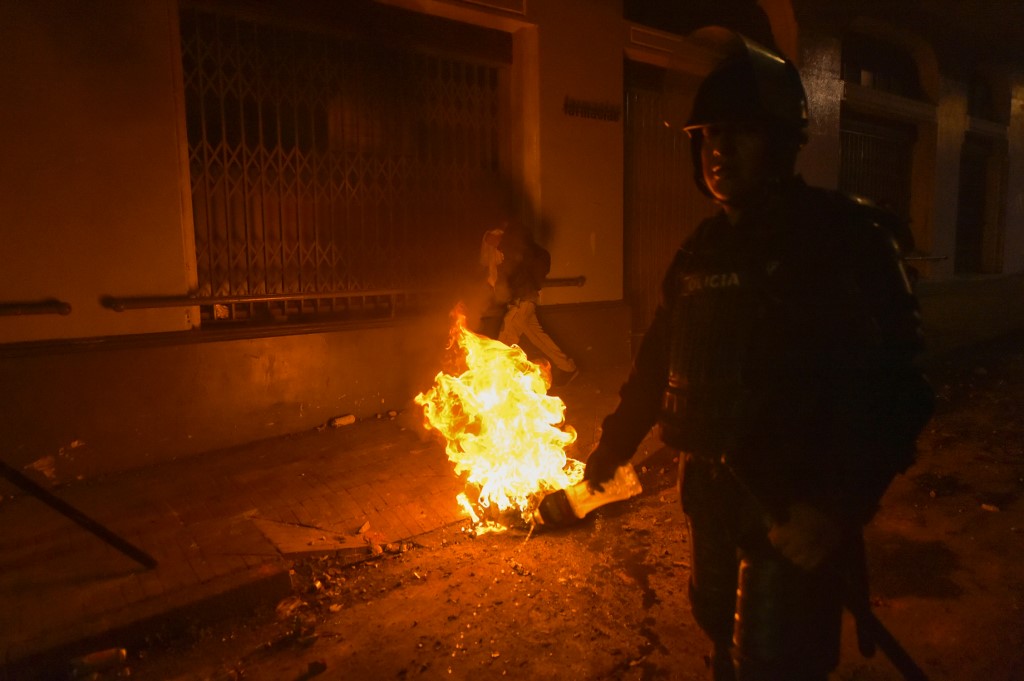 A riot police is seen in the streets of Quito, on October 3, 2019, after Ecuadoran President Lenin Moreno declared a "state of emergency" following protests against rising fuel prices due to the government scrapping subsidies. (Photo: AFP)

The minister said that roads across the country were no longer blocked and that the Mariscal Sucre International Airport in Quito was fully operational.

He added that law enforcement patrols were monitoring the main access routes into the cities of Quito and Guayaquil, where the protests are centered.

The transport strike, which entered the second day on Friday, began after the national transportation union rejected the government's announcement on Oct. 1 of the elimination of the gasoline and diesel subsidies.

Ecuadoran President Lenin Moreno declared a 60-day state of emergency on Thursday in order to avoid chaos and protect the population against acts of vandalism and violence.

Officials say law enforcement forces will continue to patrol the streets under the state of emergency until peace and stability return to the country.