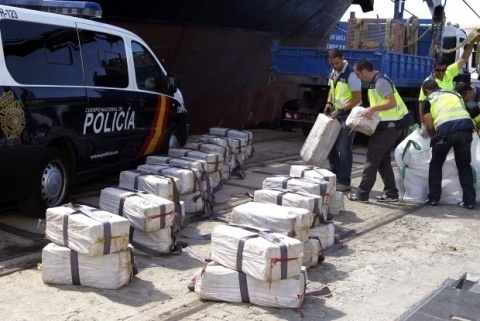 The narcotics were found in the port of Guayaquil thanks to a drug-sniffing dog, he said.

"With the support of the anti-narcotics canine, Garo, the drugs were detected in a container that was to be transported to Estonia, in Europe," he tweeted along with pictures of the seized container.

Ecuador's police seized a record 128 tonnes of drugs in 2020, the interior ministry said earlier this month, breaking the previous record of 110 tonnes seized in 2016.

Ecuador borders Colombia and Peru, which are the world's two largest producers of cocaine, according to the United Nations.