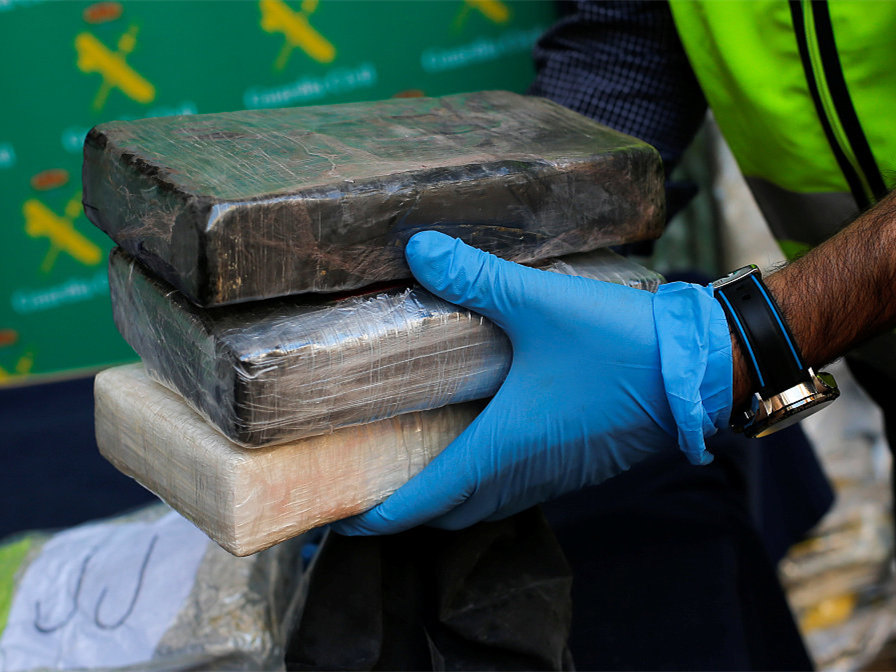 Police display a portion of the more than six tonnes of cocaine hidden among bunches of bananas which officials siezed at an industrial estate at the police headquarters in Malaga, Spain, October 25, 2018. (File photo: VCG)

QUITO, Nov. 6 (Xinhua) -- Ecuador's antinarcotic police seized 589 kilos of cocaine hidden in a container filled with bananas in the western port city of Guayaquil, the Ministry of the Interior said Tuesday.

The drug worth $36 million was hidden in 20 suitcases and was headed to Belgium, the ministry said in its Twitter account.

So far this year, 9.5 tons of drugs have been seized at the country's maritime ports, it said.

According to official data, a total of 119 tons of drugs, primarily cocaine, were seized in 2017.